This enamelled metal beaker is one of those produced to commemorate the coronation of the last Tsar of Russia Nicholas II (1868-1918) and his wife Tsarina Alexandra Feodorovna (1872-1918). They bear the Tsar's monogram in Cyrillic letters on one side, surmounted by the Great Imperial Crown and with the date 1896 below. The other side is decorated with Imperial Russian Eagle of the Romanov Dynasty, also surmounted by the Crown.

The distribution of these cups became associated with a particularly tragic event: one which came to be seen as an omen of the things which came to pass during Nicholas II's reign. On the morning of 18 May 1896 (Old Style 'Julian Calendar'), four days after the Tsar's coronation, half- a-million revelers gathered at Khodynka Field on the outskirts of Moscow in anticipation of the traditional distribution of gifts from the new monarch. As the presentation of these commemorative cups began, the crown surged forward and a devastating stampede took place in which over a thousand people were trampled to death. Following what become known as the "Khodynka Tragedy" these cups are often referred to as the "Cup of Sorrow", "Cup of Tears" or "The Blood Cup". 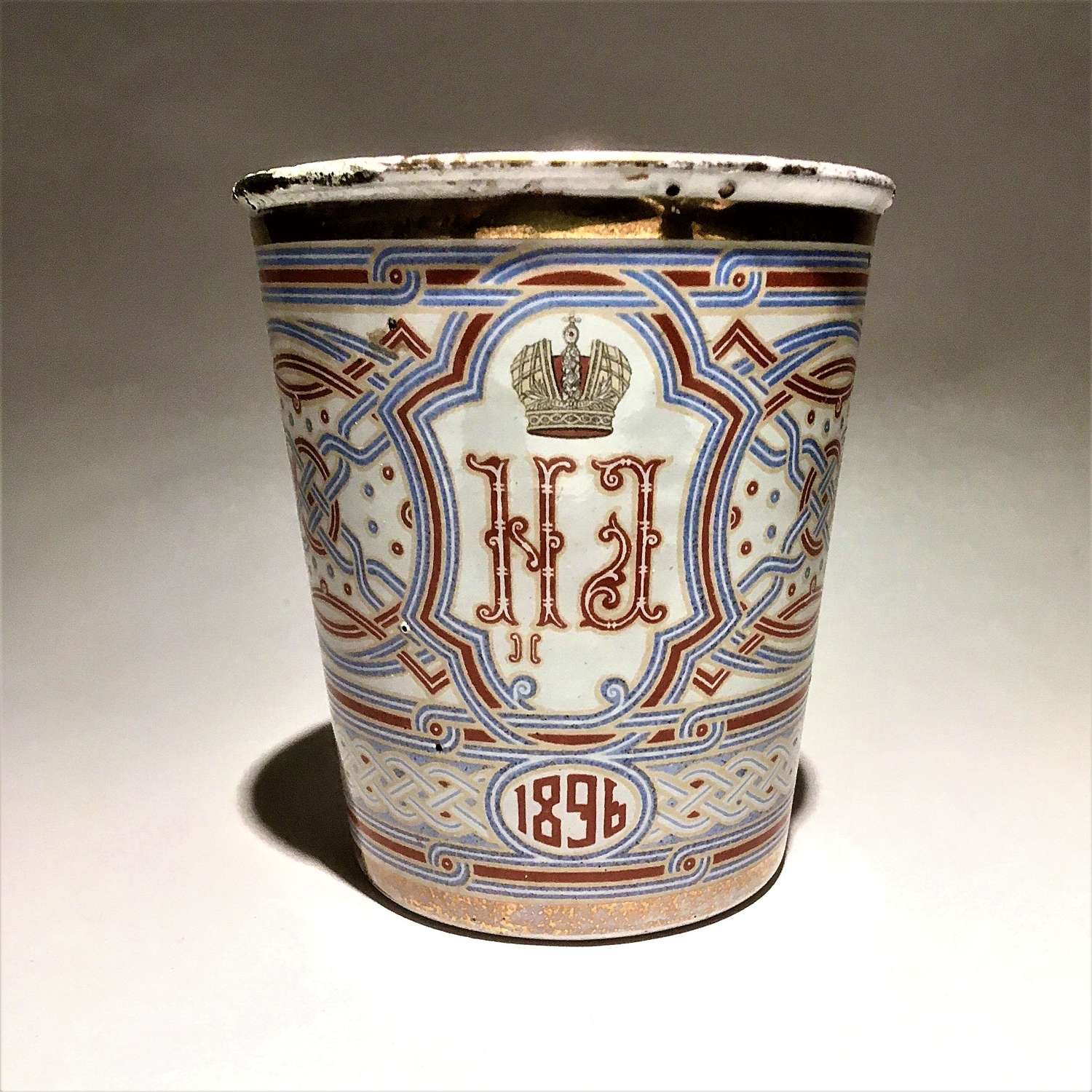 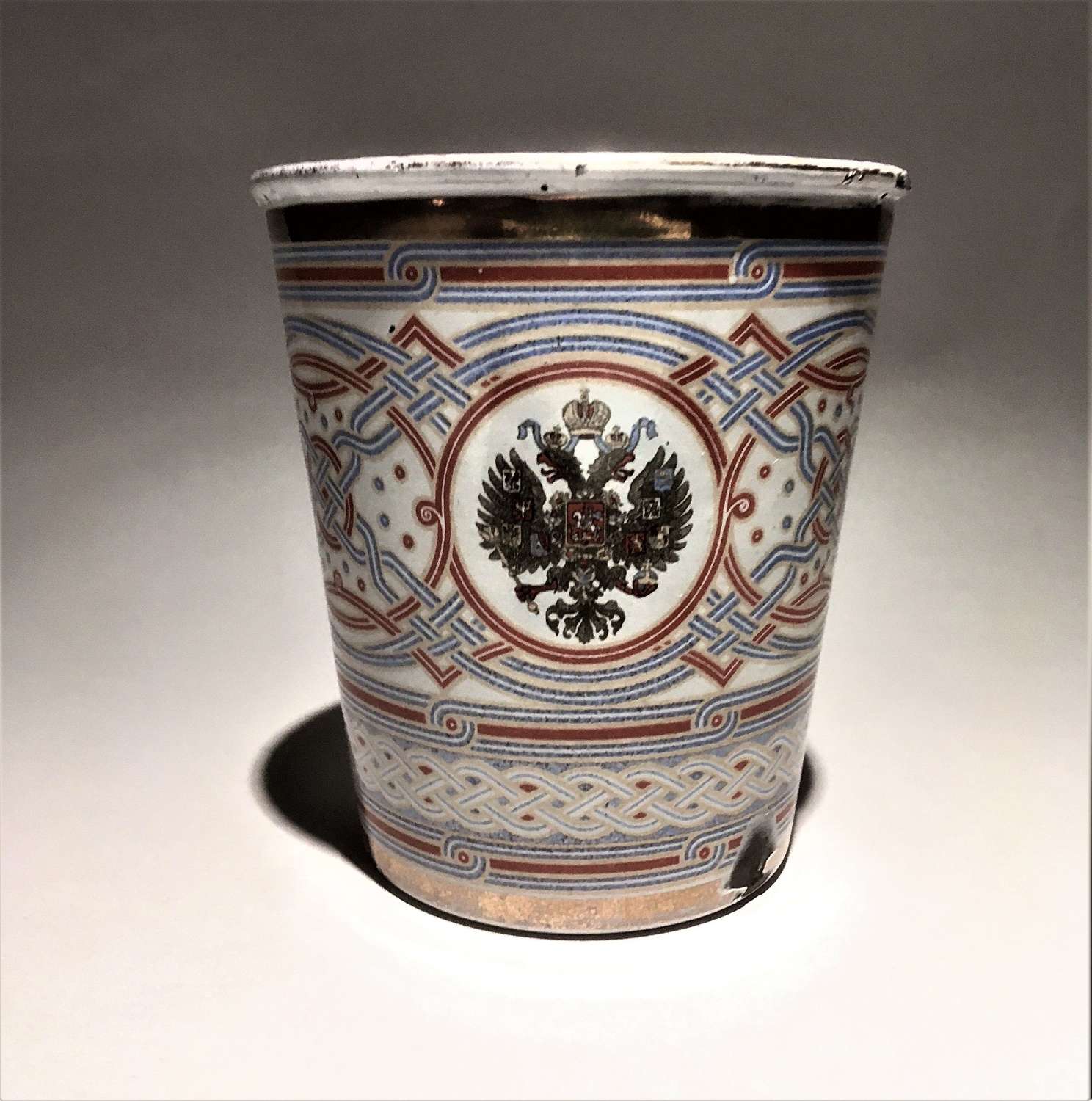 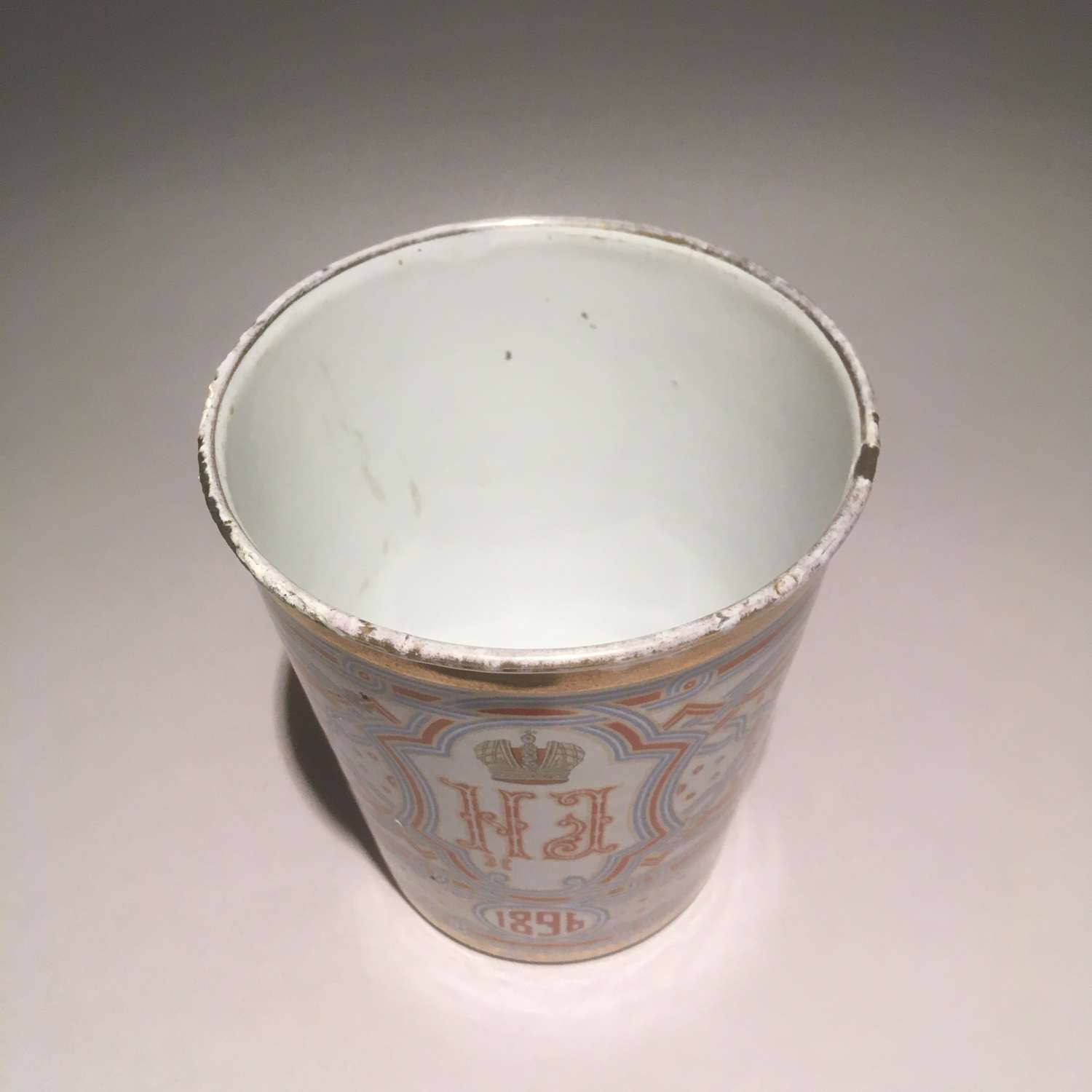 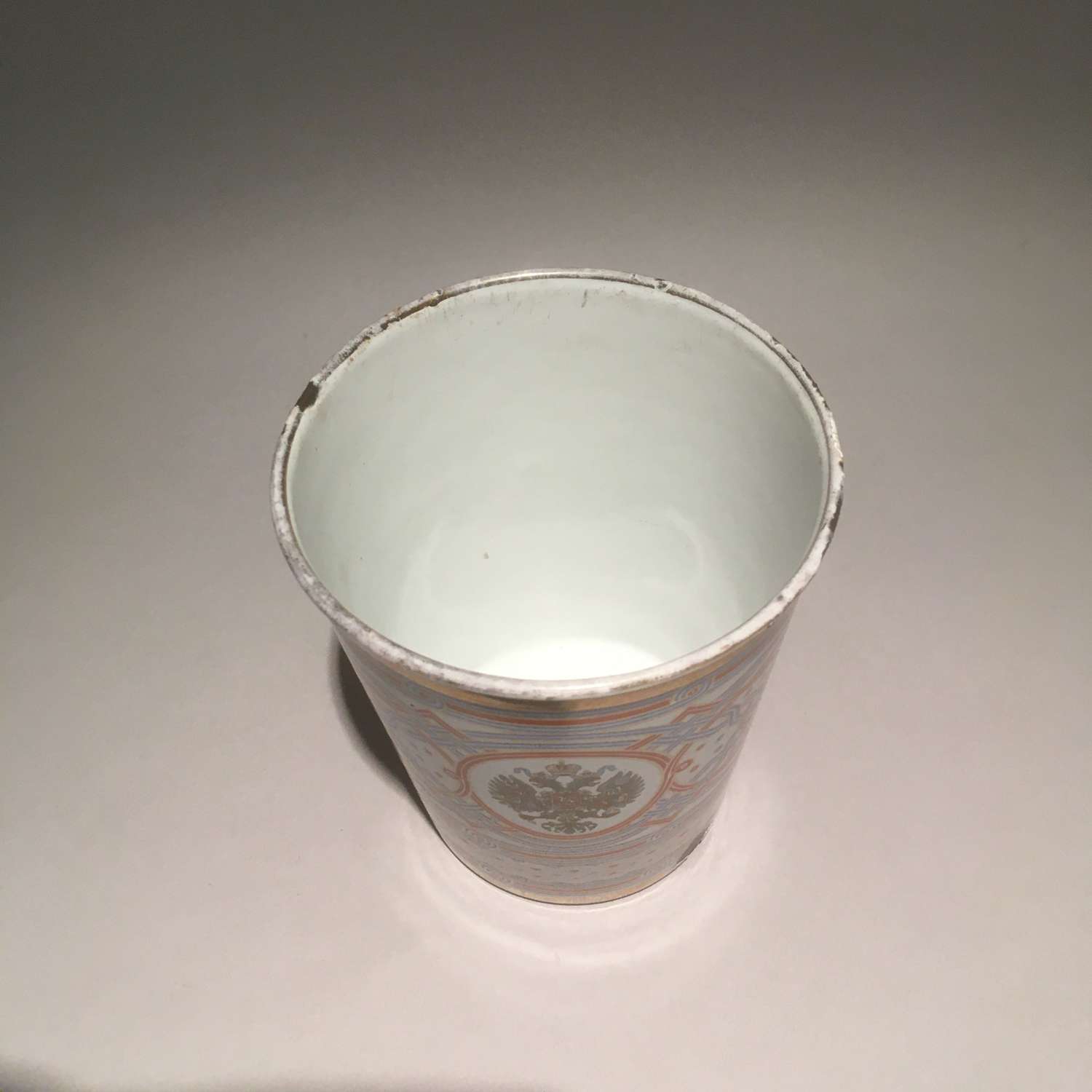 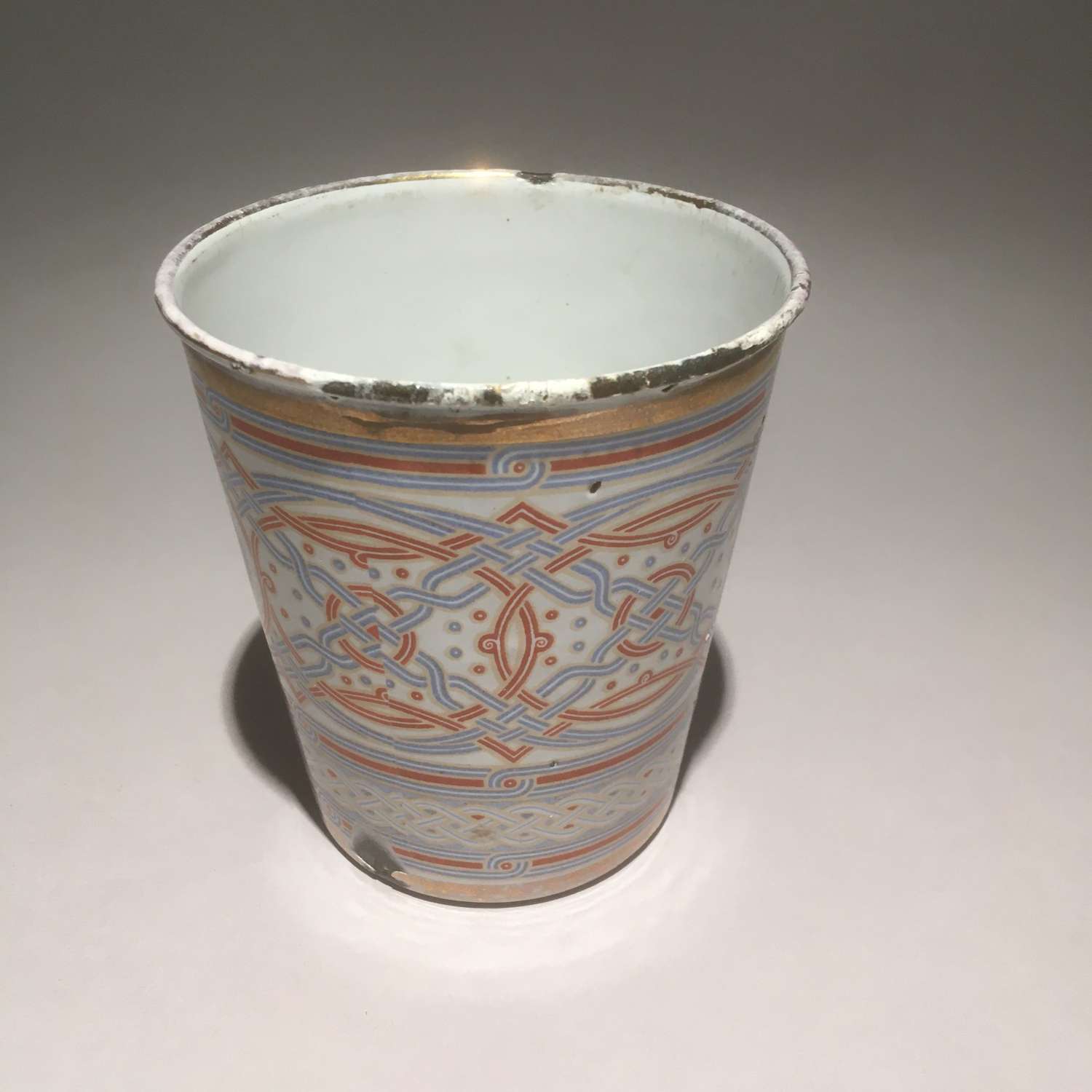 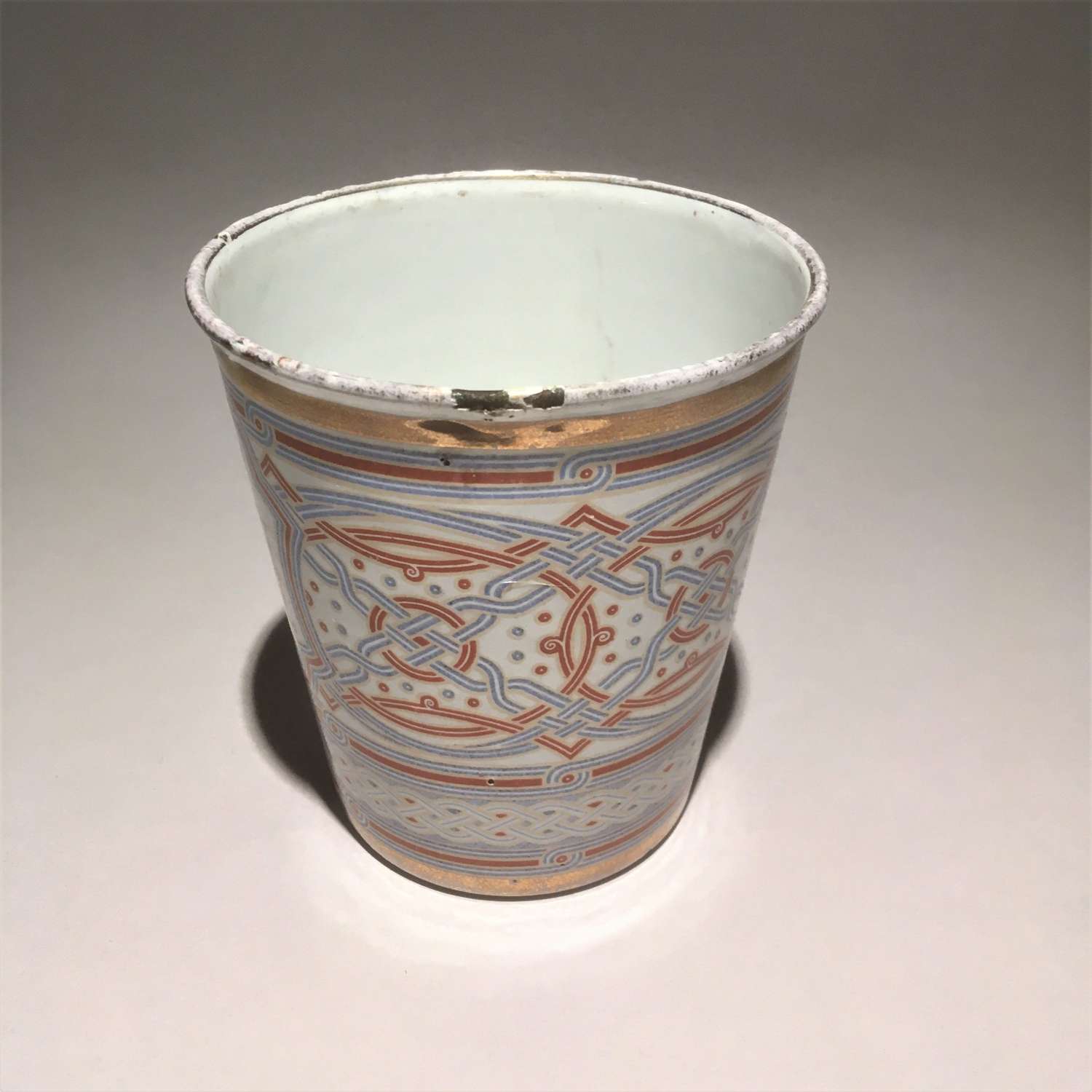 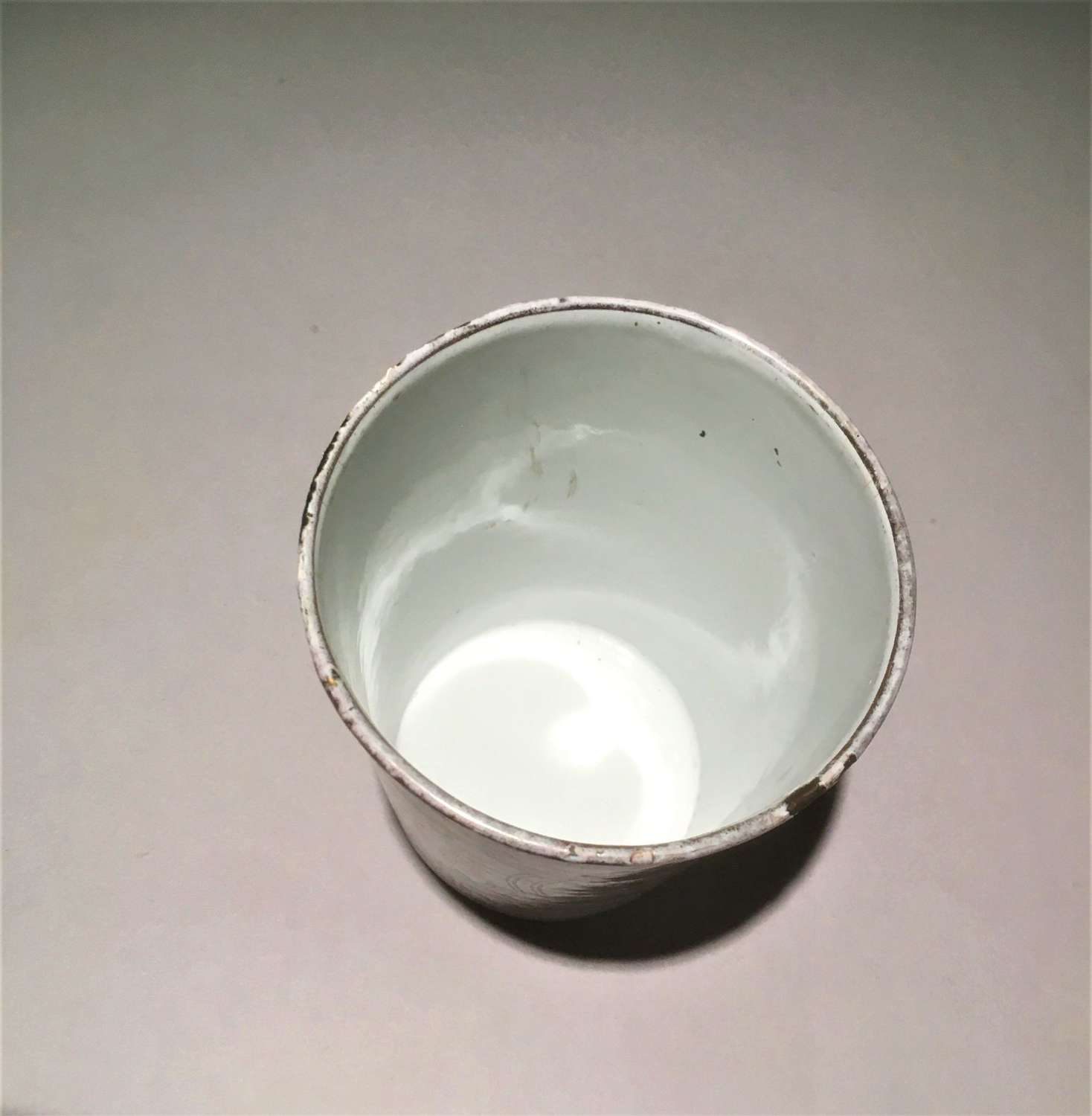 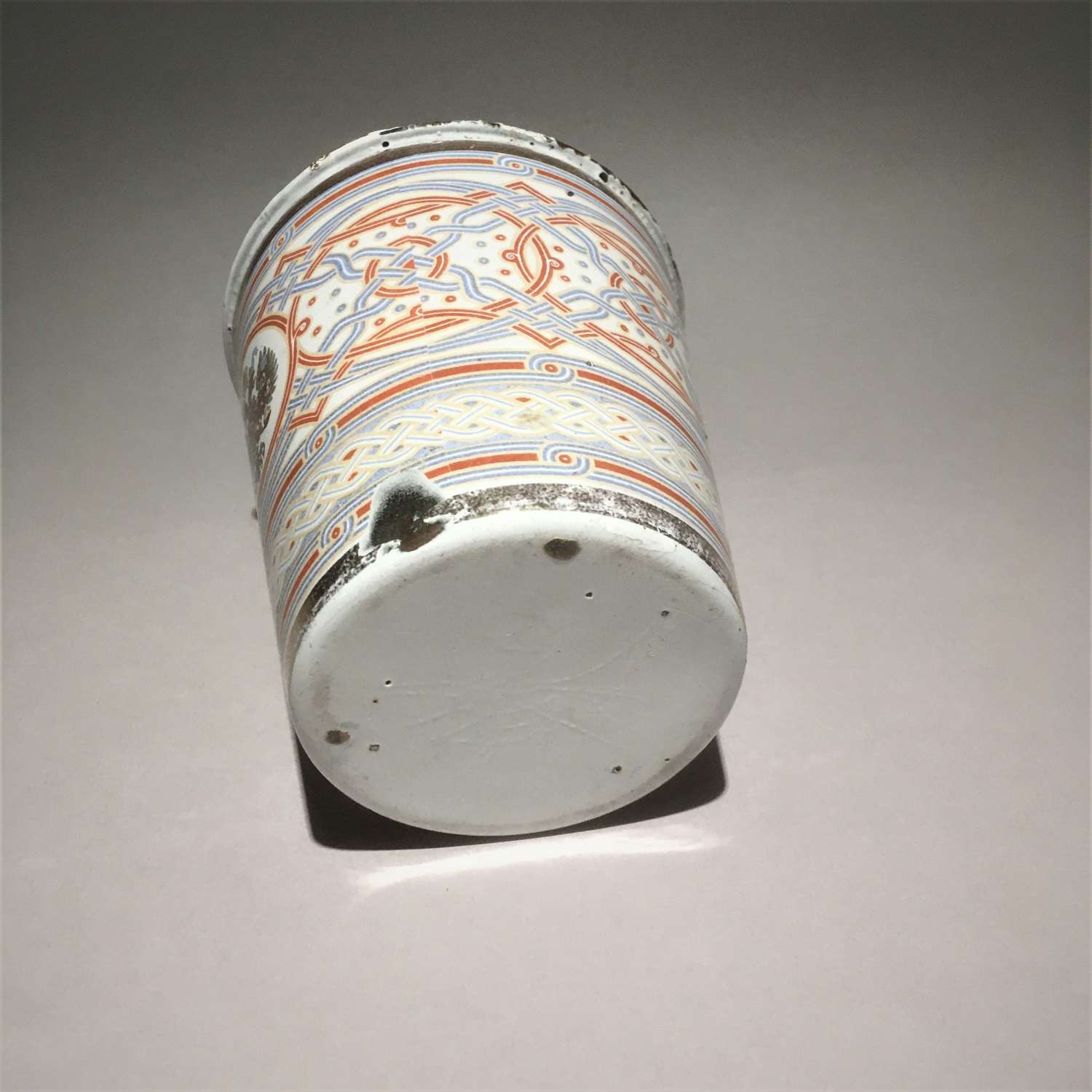