A twelve-sided, fluted glass tumbler with an integral "dice shaker" within a sealed, hollow base-compartment which contains three loose white glass dice. A hand wheel-engraved image of a galloping horse and jockey to one side and the name "Tod Sloan" engraved on the other. English, circa 1900.

This glass is an unusual commemorative item for the celebrated American jockey Tod Sloan (1874-1933). Sloan was born in Indiana, U.S.A. and began his career as a young jockey in America in the late 1880's. A growing number of wins led to him being encouraged to try his hand in England and in 1897 he ventured across the pond. He was one of the pioneers in Europe of a new riding style known as "The Americn Seat" with the saddle placed far forward, the jockey hunched up towards the horse's neck with the shortest possible leathers (i.e. very short stirrups) all meaning the jockey either stood very high in the stirrups or sat with his knees bent close to his body and reins gripped tight either side of the horse's neck. Riding in this posture Sloan was at first mocked for resembling "a monkey up a stick" but his fame grew as he began to notch-up historic wins.  He returned to England in 1898 at the invitation of Lord William Beresford and on 30 September that year won five consecutive races at Newmarket. In the following season he won the One Thousand Guineas on "Sibola" and took the Ascot Gold Cup on "Merman" for the famous owner Lily Langtry. He may well have won the 1899 Epsom Derby but his horse, "Holocauste", shattered a pastern during the race and had to be destroyed. In 1900 the Prince of Wales offered Sloan a retainer to become his principal jockey for the 1901 season, however, before he was able to benefit from this arrangement, allegations arose that he had been betting on the outcome of his own rides. Sloan was told by the Stewards of the Jockey Club that he need not reapply for his Jockey's Licence, effectively (though unofficially) being "warned off the turf". He received similar treatment in France and, subsequently, America - bringing a sudden end to his career.  He was the inspiration for the 1904 George M. Cohan musical "Little Johnny Jones" with its famous smash-hit song "(I'm a) Yankee Doodle Dandy". The production was about an American jockey who has to clear his name and rebuild his reputation following a betting scandal in England.

The glass here is a form of 19th Century tumbler which is occasionally encountered and which was clearly used for the dual purpose of consumming strong liquor and for gambling on the outcome of the dice when they are shaken within the compartment beneath. It is extremely rare to find such a glass engraved with a personality and, knowing the background of the figure commemorated here, one who is so appropriate. It may be that the glass was designed for drinking a "toddy" - a further pun on the name engraved on it! 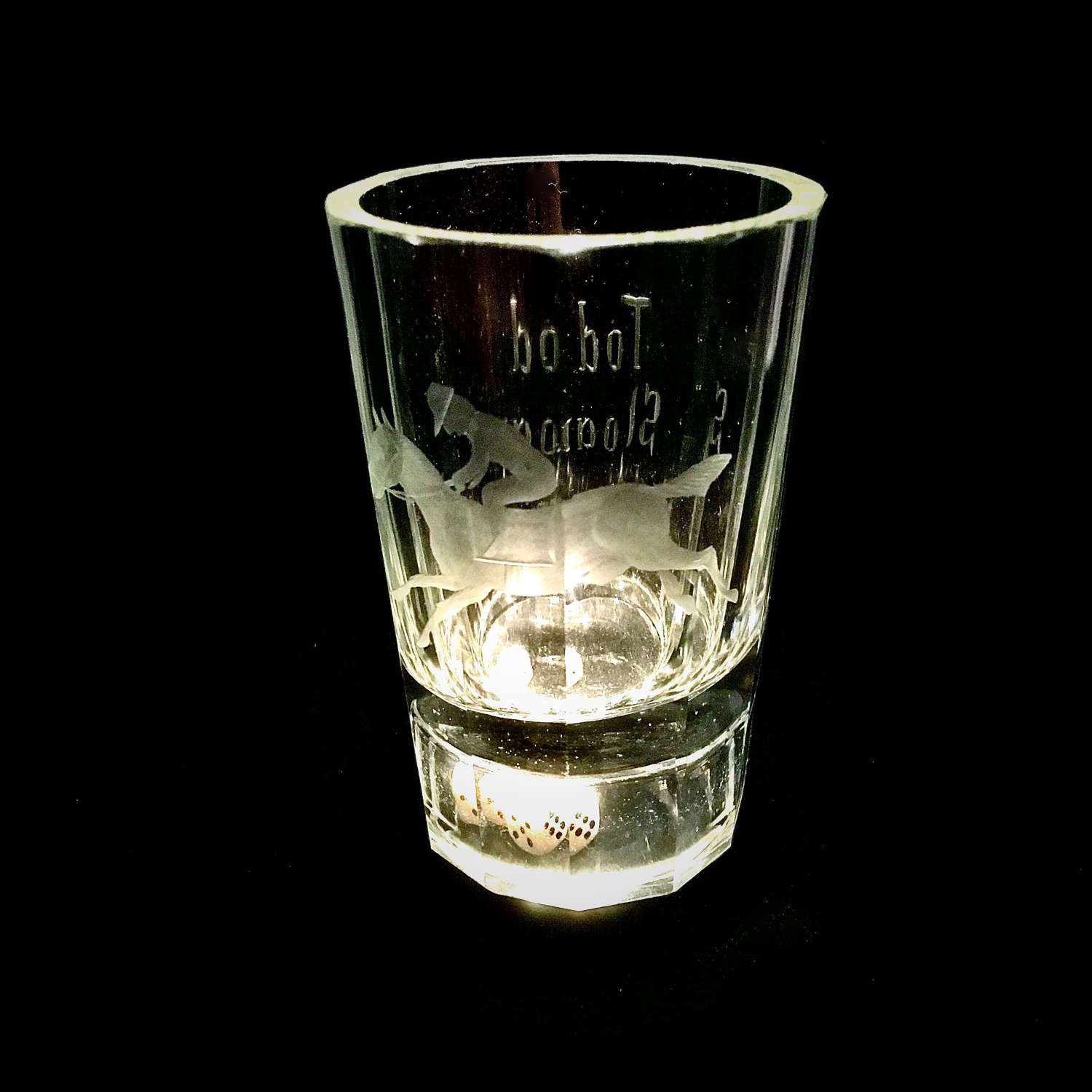 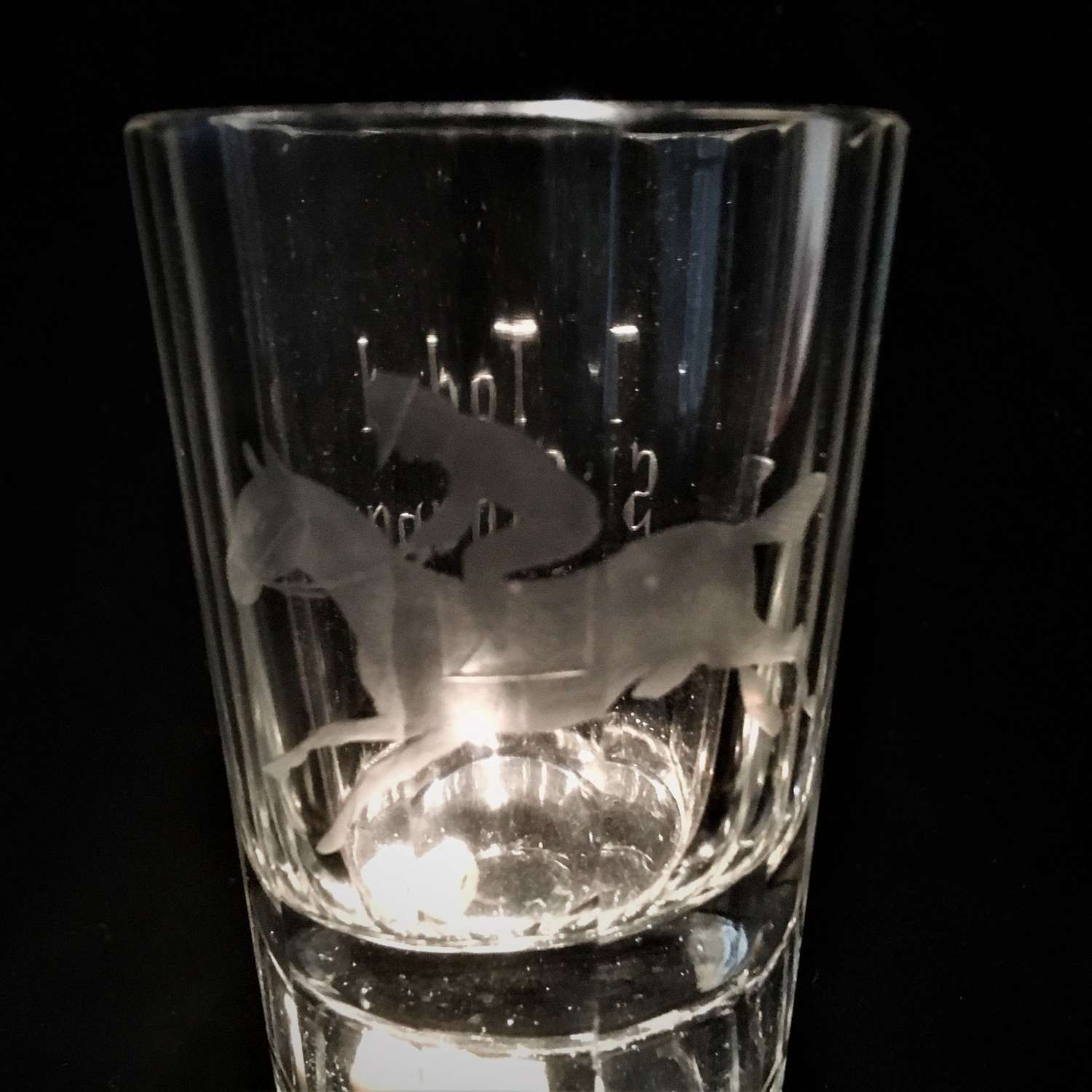 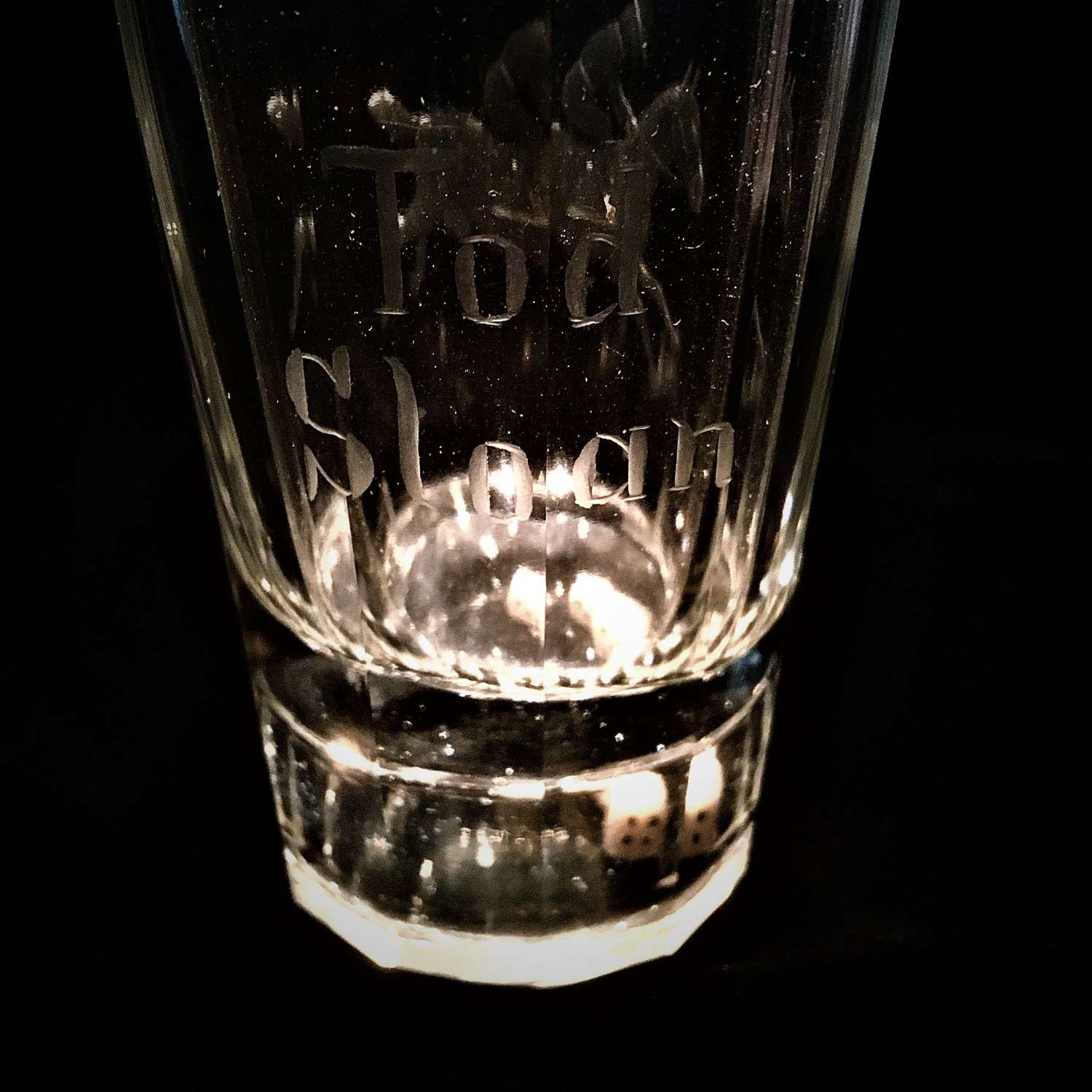 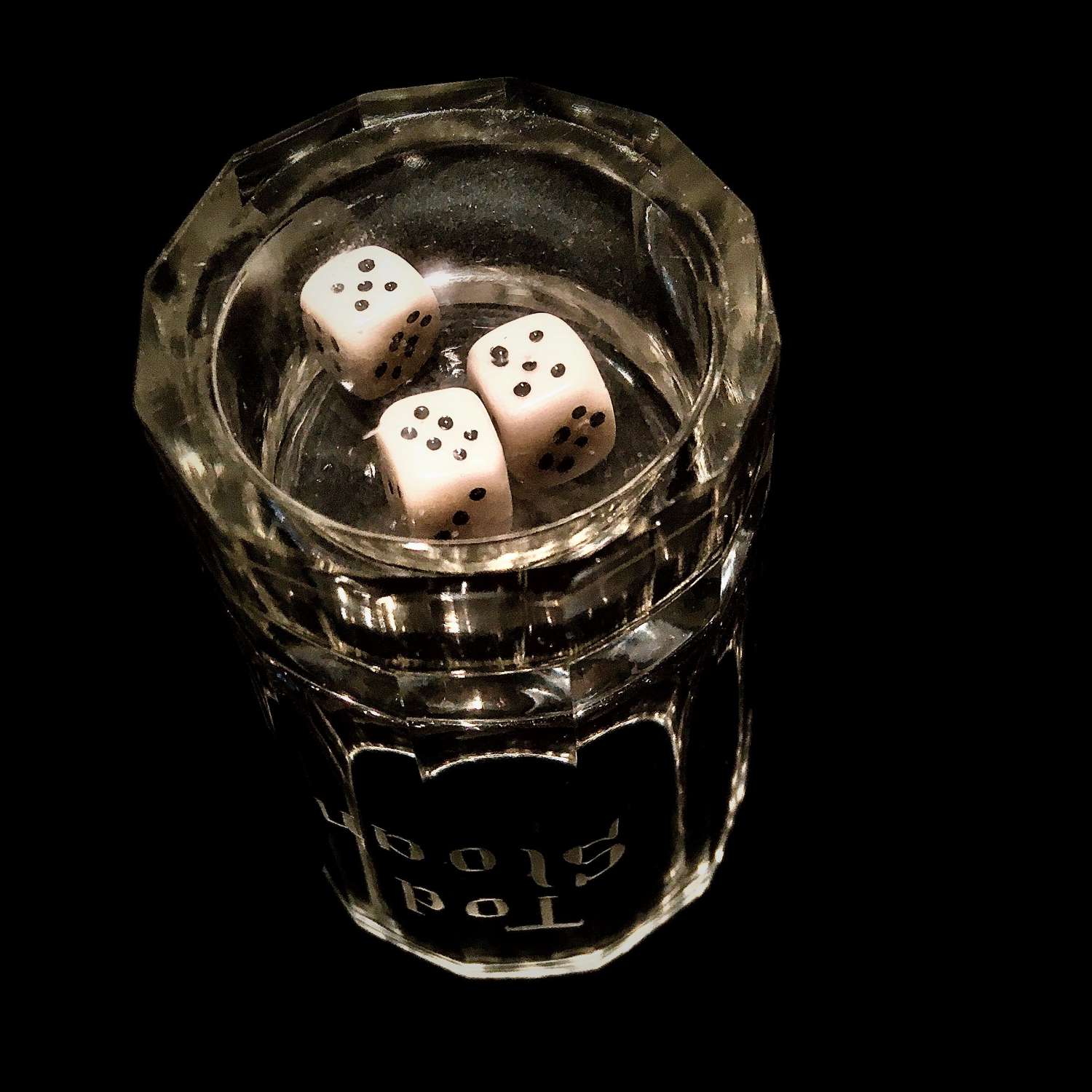