Similar pieces to the large jug were originally produced in 1866 to commemorate the laying of the first successful transatlantic telegraph cable, linking the USA to the UK and Europe (this was actually the second cable (the first having failed a short time after it was laid)). The jug was designed to resemble a section of the sub-sea cable with the “Stars and Stripes” and the British Royal Standard in raised moulded decoration on either side of the spout. At the base is a motto written on a “ticker-tape” banner which includes the very first message was transmitted: "GLORY TO GOD IN THE HIGHEST AND ON EARTH PEACE GOODWILL TOWARDS MEN EUROPE AND AMERICA ARE UNITED BY TELEGRAPH".

Susan Williams-Ellis discovered a rare, original jug in the sixties and decided to reissue it as part of the Portmeirion Pottery “British Heritage” collection from 1977. She cleverly designed a lemonade set, with smaller jugs for juices etc and also complimentary beakers/celery vases which accessorise with the jugs and bear the same distinct cable-work pattern. 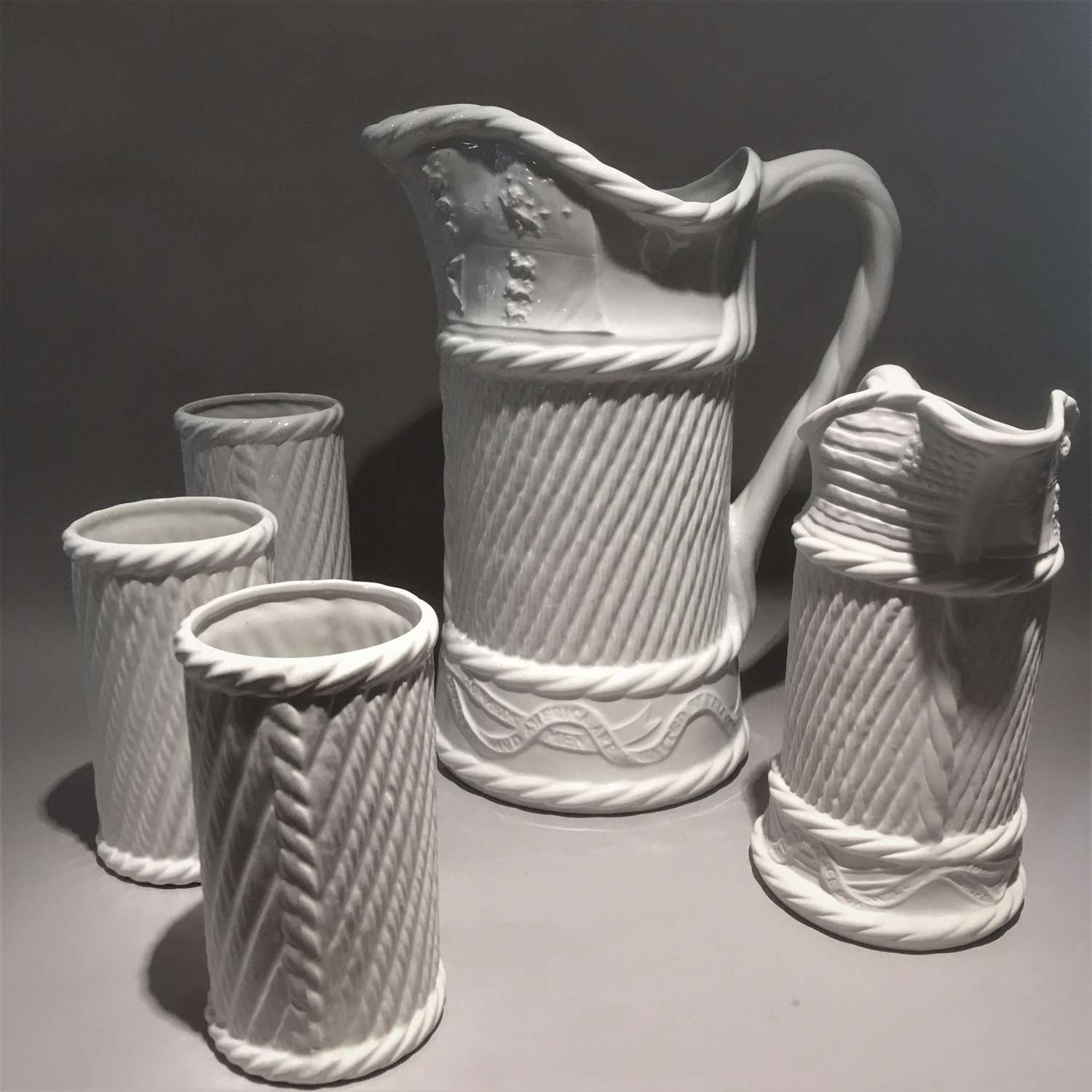 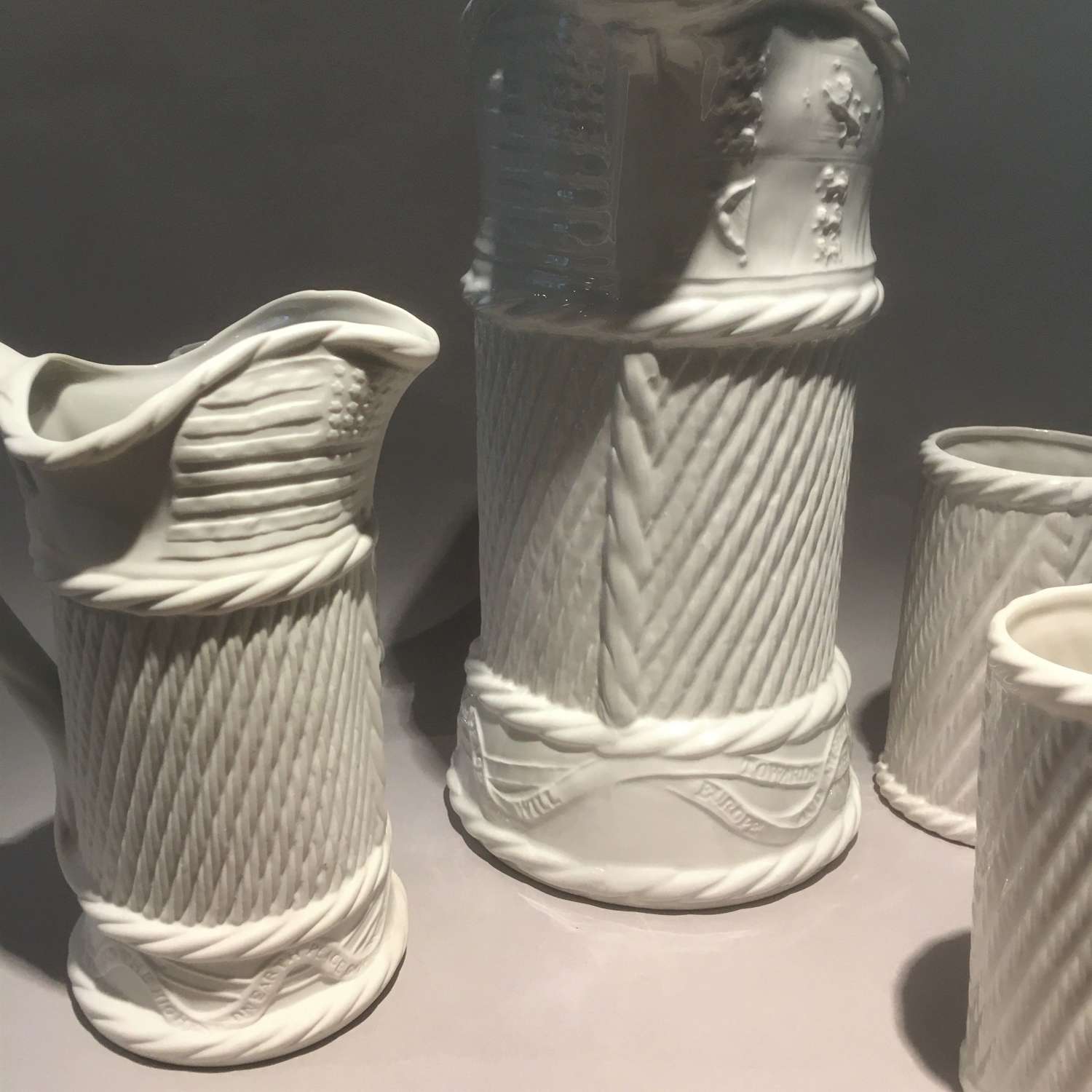 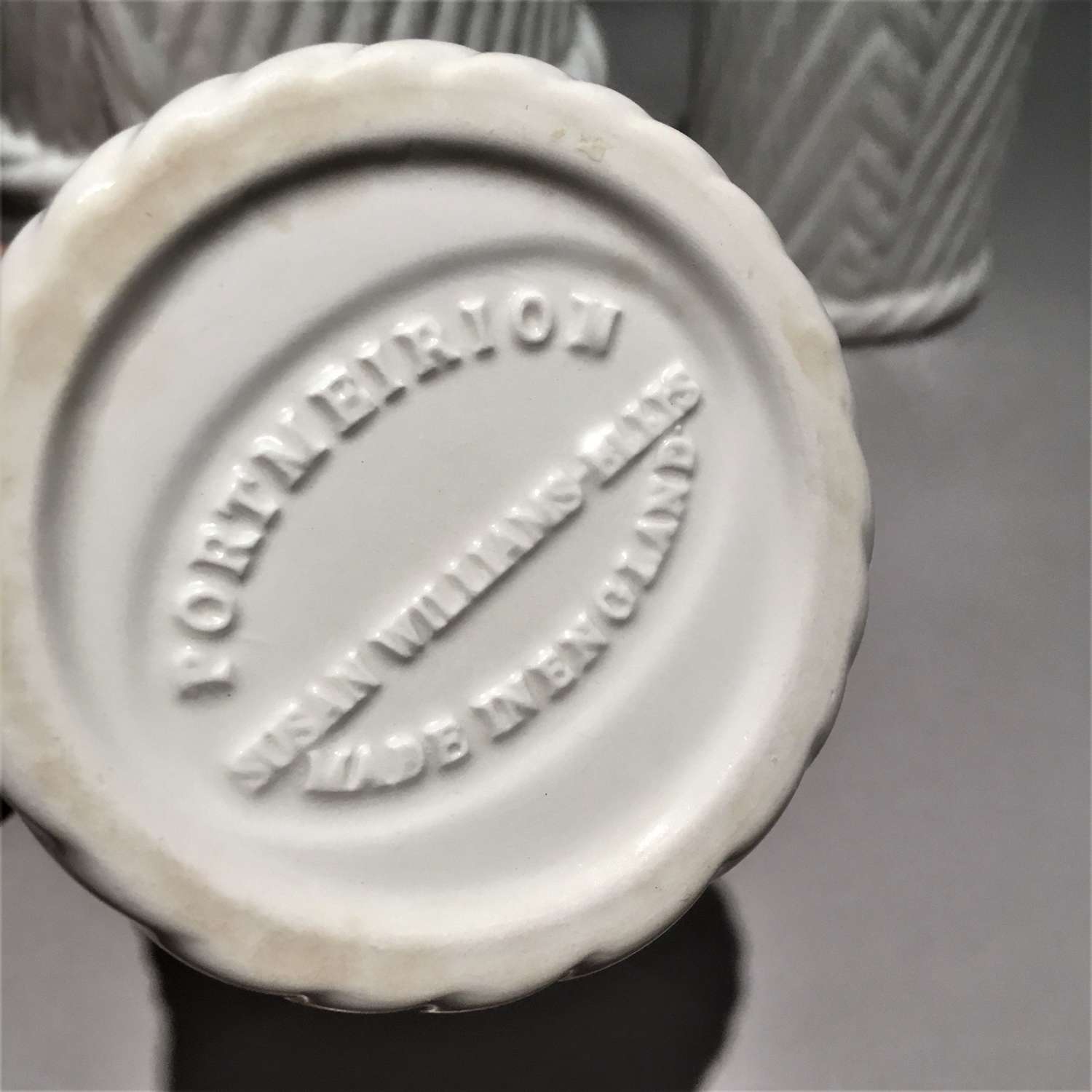 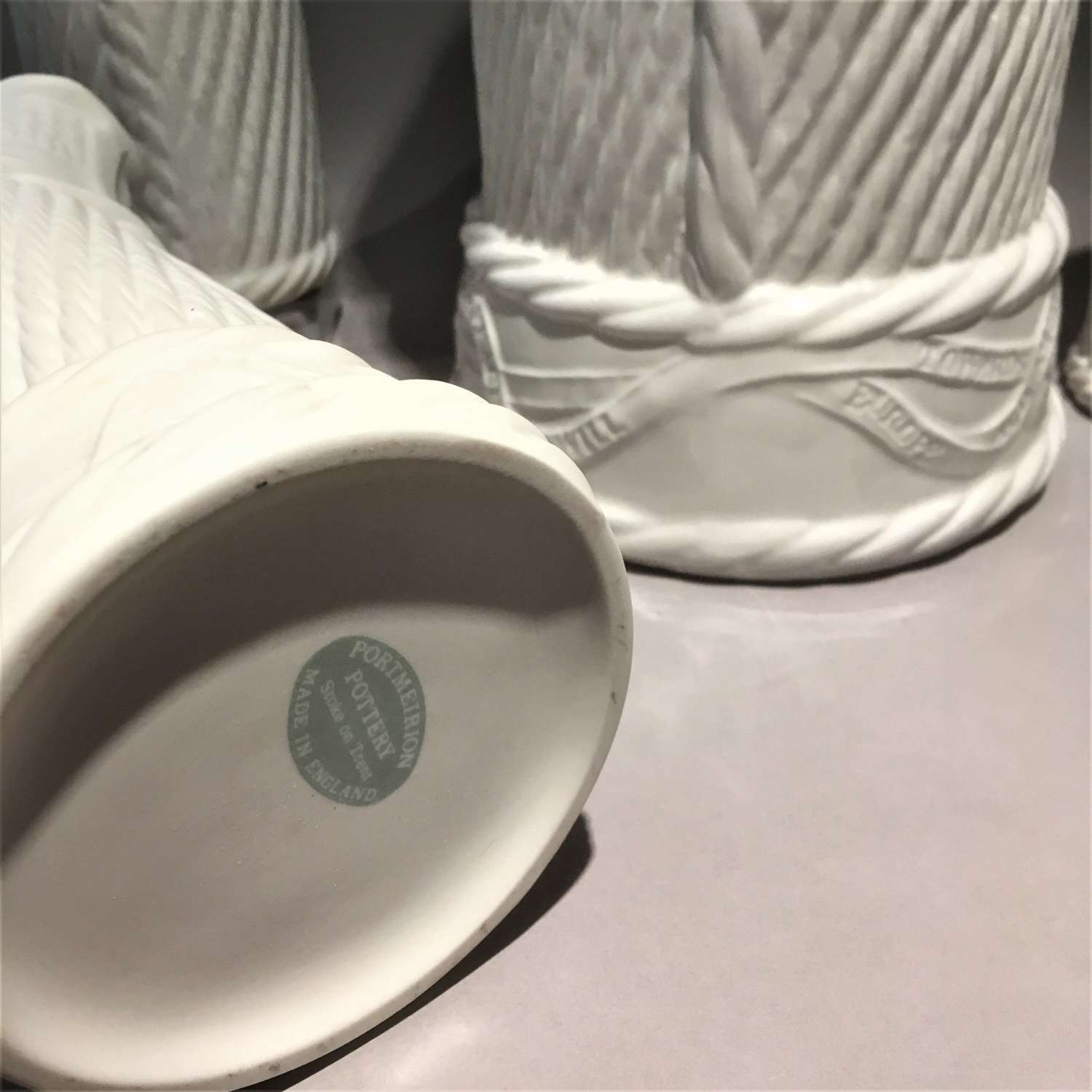