Stipple engraving depicting Napoleon Bonaparte (1769–1821) full-length with right hand in jacket, facing slightly to his left in uniform with breaches, boots and distinctive bicorn hat, standing within the gardens of the Château de Malmaison the buildings of which are in the background.

A large and imposing print in a very rare proof state before lettering. Well presented in an attractive frame.

The print is after a black chalk drawing by Isabey executed in 1801 and shown at the Salon in 1802. This drawing is now in the collection of the Château de Malmaison (inv. RF1870; RF1065). The drawing was first engraved in France by Charles Louis Lingée (1748-1819) and John Godefroy (1771-1839), printed by Sampierdarena fils and published and retailed by Isabey. It was deposited at the Bibliothèque Nationale in 1803. The version here is a pirated copy of the French print engraved in England by William Satchwell Leney (1769-1831), just before he emigrated to North America with a letter of introduction from Benjamin West P.R.A. Leney became a successful printmaker in New York and Montreal and never returned to England.

Scarce. See Royal Collection RCIN 617701 for a trimmed version of the print. 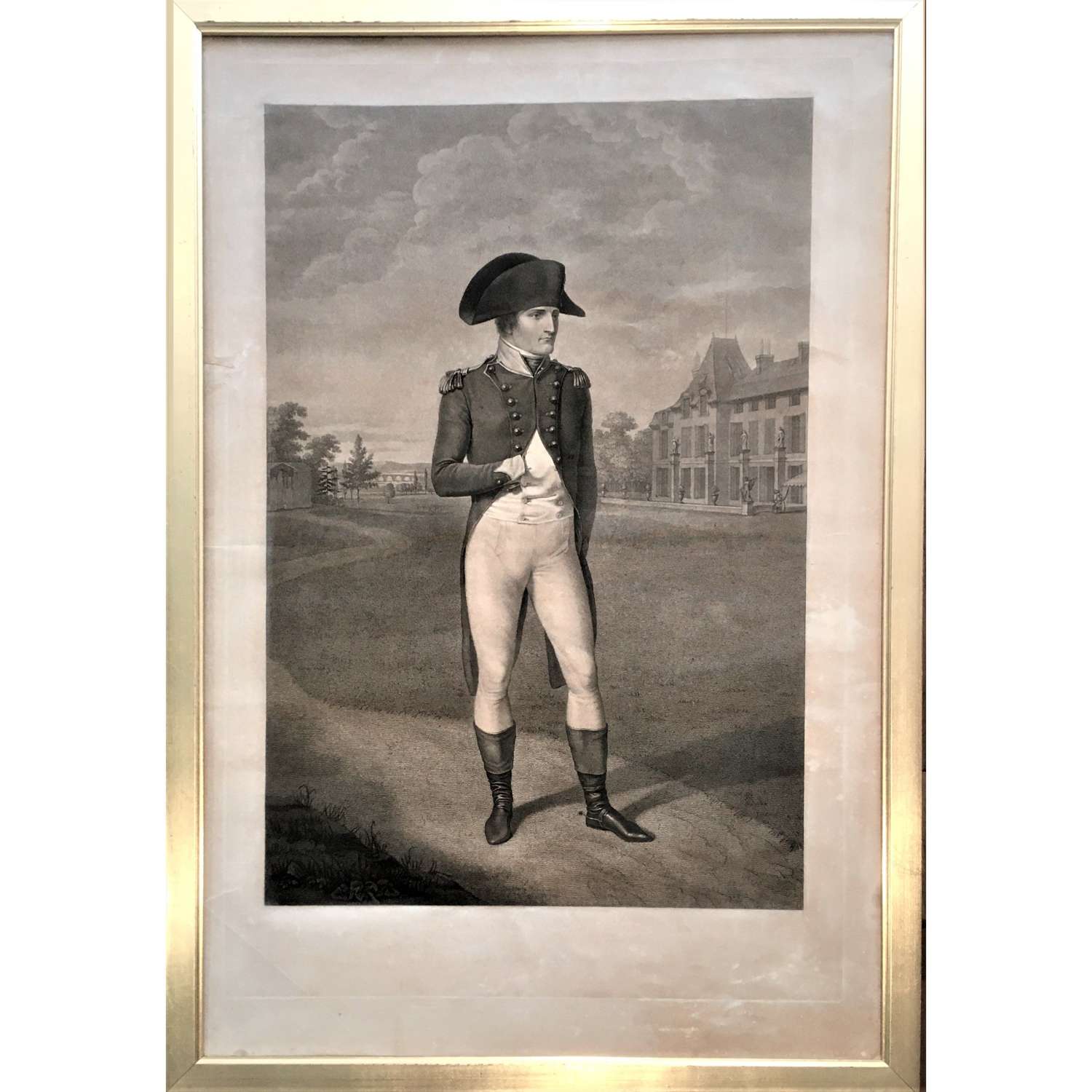 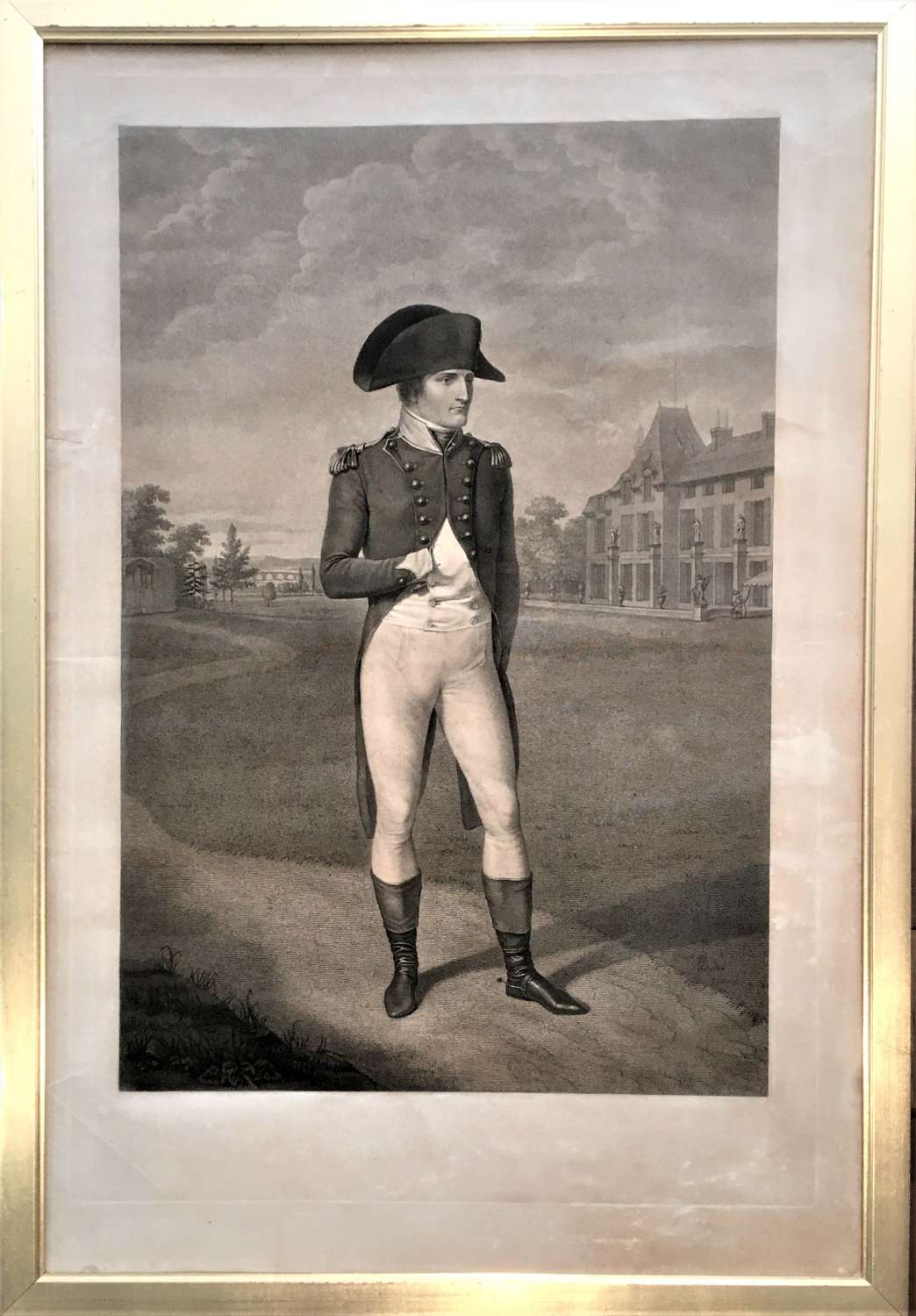