Provenance:
With Colnaghi in the 19th Century.

Lettered within the image with the  publication details: "A Paris chez P. Landry", address "rüe St. Jacques á St Landry" and the name "du fontaines" (possibly the composer of the verse?)).

This large format print, which was possibly engraved by Pierre Landry himself, is derived from a painting dating to the 1620's by Gerrit van Honthorst (1592–1656) known as "A Convivial Fellow" (now in the State Hermitage Museum, Saint Petersburg). It is not an exact copy of Honthorst's painting, indeed, it is engraved in reverse and, similar to another known print published by Landry depicting a man playing the cornemuse (bagpipes) (derived from Abraham Bloemaert's "The Bagpiper"), includes a musical score and lyrics (see British Museum 1913,0415.68).

It has been suggested in relation to the other large-format print by Landry that the music could have acted as prompt for a drinking song as, historically, the playing of the cornemuse was closely associated with the driking of wine. The appearance of this print, which explicitly shows another musician gesturing towards his glass, with words to the song here including references to Bacchus, seems to confirm the conjecture.

It is highly probable that the two prints were conceived as a pair: this print forming a pendant to the other with its violinist looking across to the cornemuse player, encouraging him to drink. It seems therefore that the prints were designed to work on various levels: not only do they form an attractive decoration but the images signpost an evening of entertainment. Also woven within them is the further amusing diversion of the inclusion of songs and music. 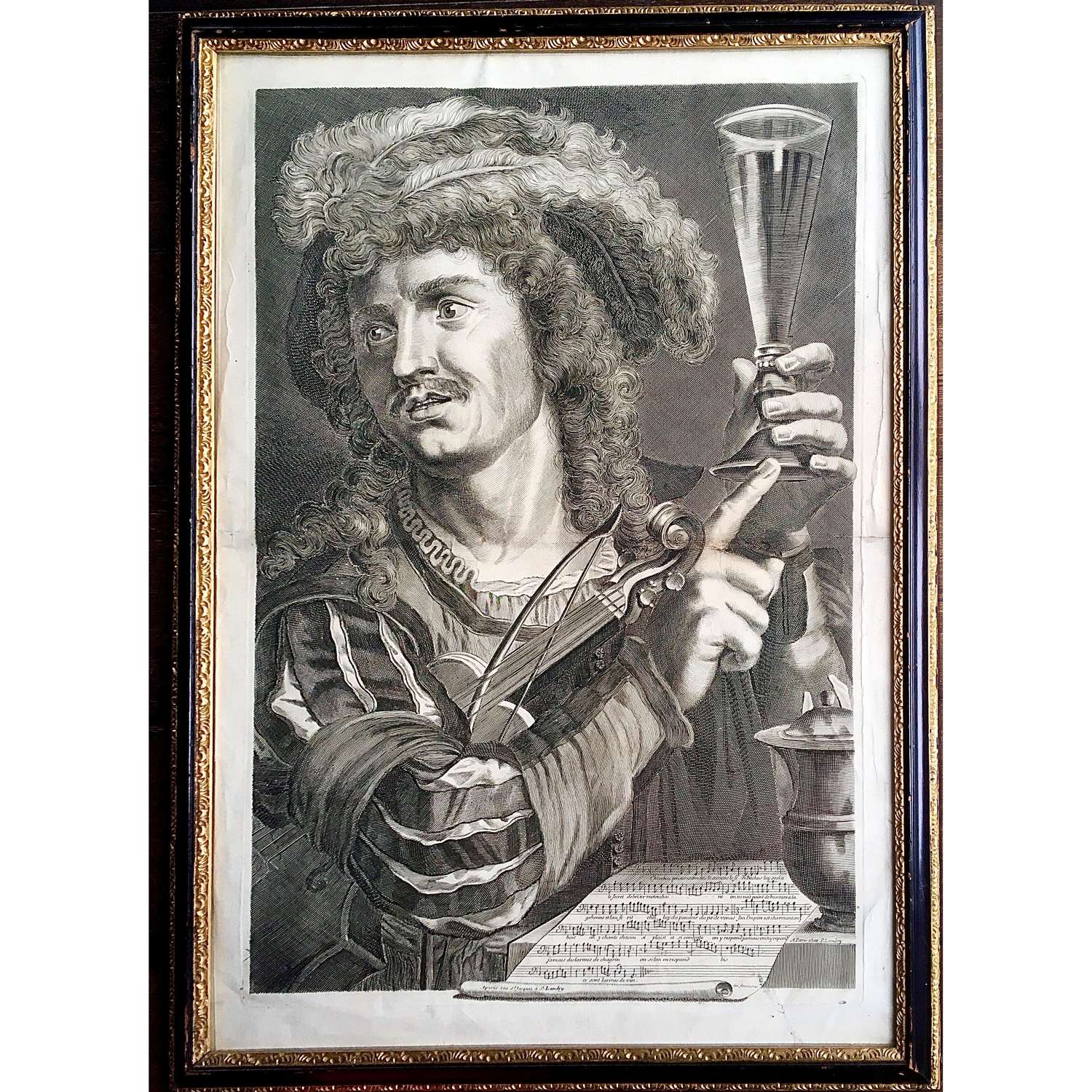 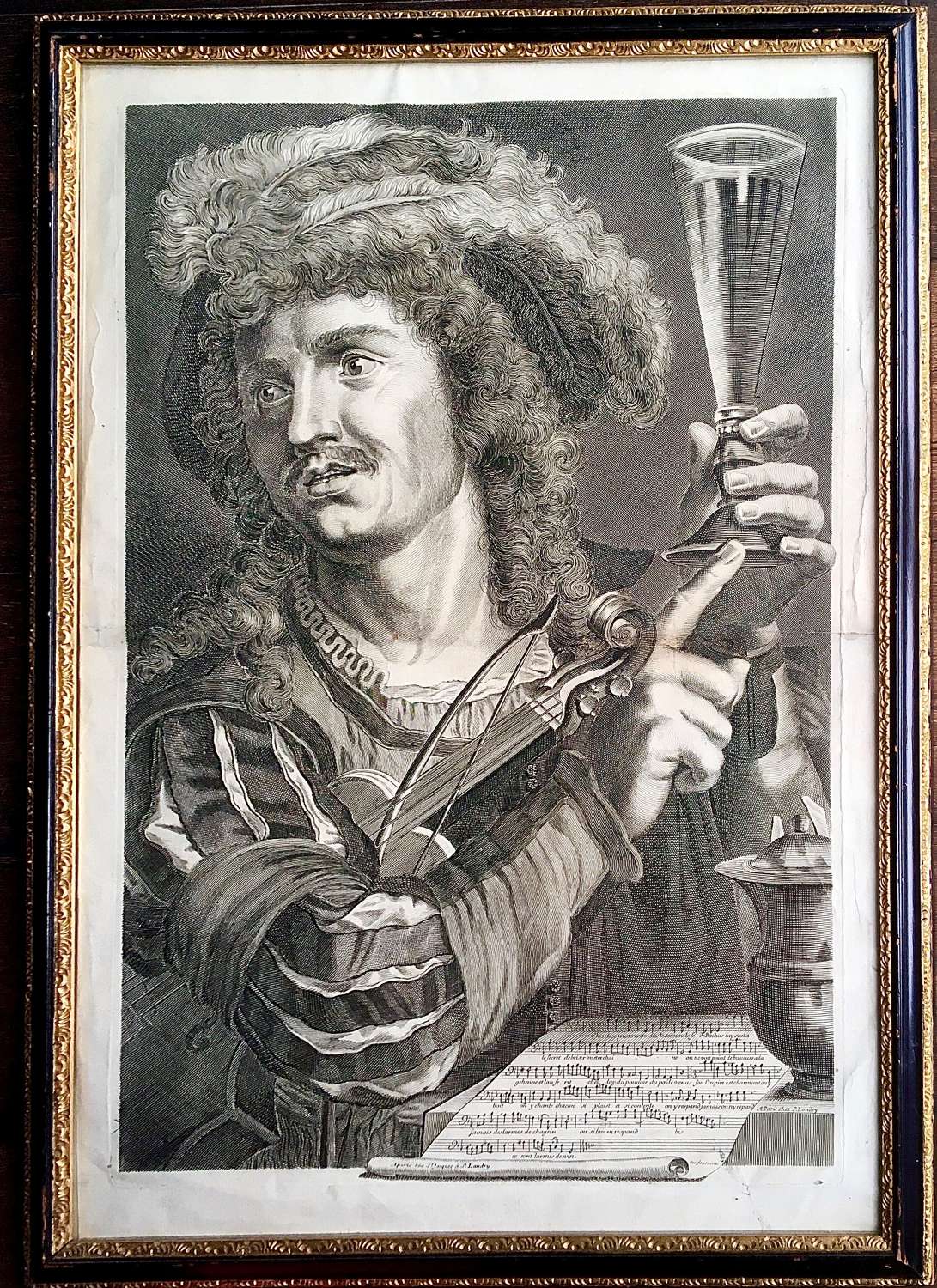