A good impression of an early state of this print, with margins. An attractive image which depicts the activity outside the Great Storehouse on the South Yard of Messrs Whitbread's Brewery, Chiswell Street, Islington, London. Drays are being loaded with barrels and the carthorses prepared, ready for delivery. By the end of the 18th Century, Whitbread's brewery was London's biggest producer of beer and production, which used a steam engine designed by James Watts, was so impressive that it was visited by King George III and Queen Charlotte in May 1787.

George Garrard was a protégé of Samuel Whitbread and exibited the original painting at the Royal Academy in the year this print was published. 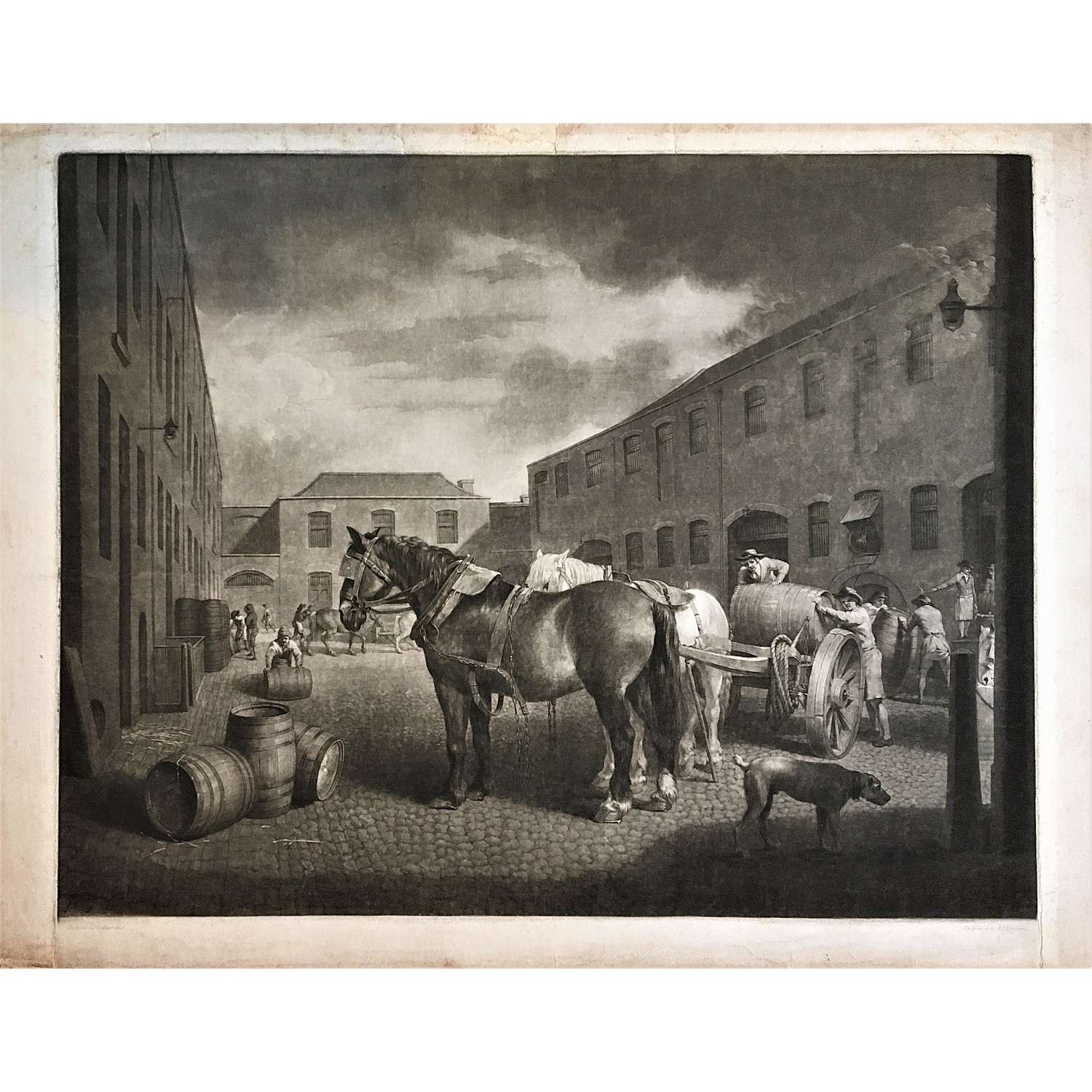 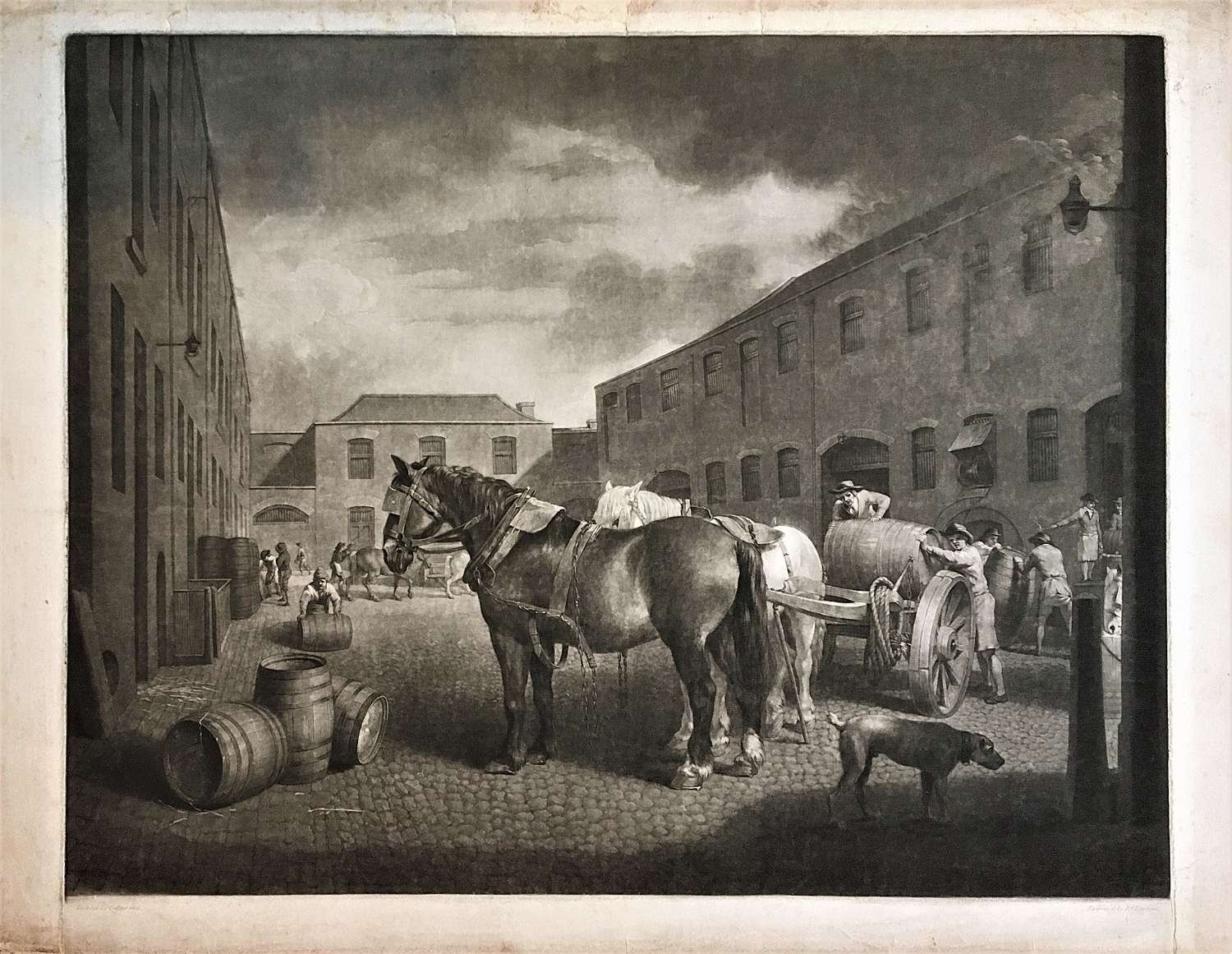