"Hercules and Iolaus slaying the Lernaean Hydra" circa 1527

This print depicts the second labour of Hercules, with the hero and his nephew Iolaus battling the Hydra of Lerna. The image shows Hercules (with his back to the viewer wearing the skin of the Nemean lion) having severed one of the beast's magically regenerating heads (which lays on the ground) while Iolaus cauterizes the writhing neck with the flame of a burning torch. Hera, realizing that Hercules and Iolaus are winning the struggle, has sent a giant crab (bottom left) to distract Hercules, which the hero will crush under his foot.

The collaboration between the Florentine painter and draughtsman Rosso Fiorentino and the Veronese engraver Giovanni (or Gian) Jacopo Caraglio is recorded in Vasari's "The Lives of the Most Excellent Painters, Sculptors, and Architects". Vasari lists six Herculean subjects which the two artists produced together, including the print here. 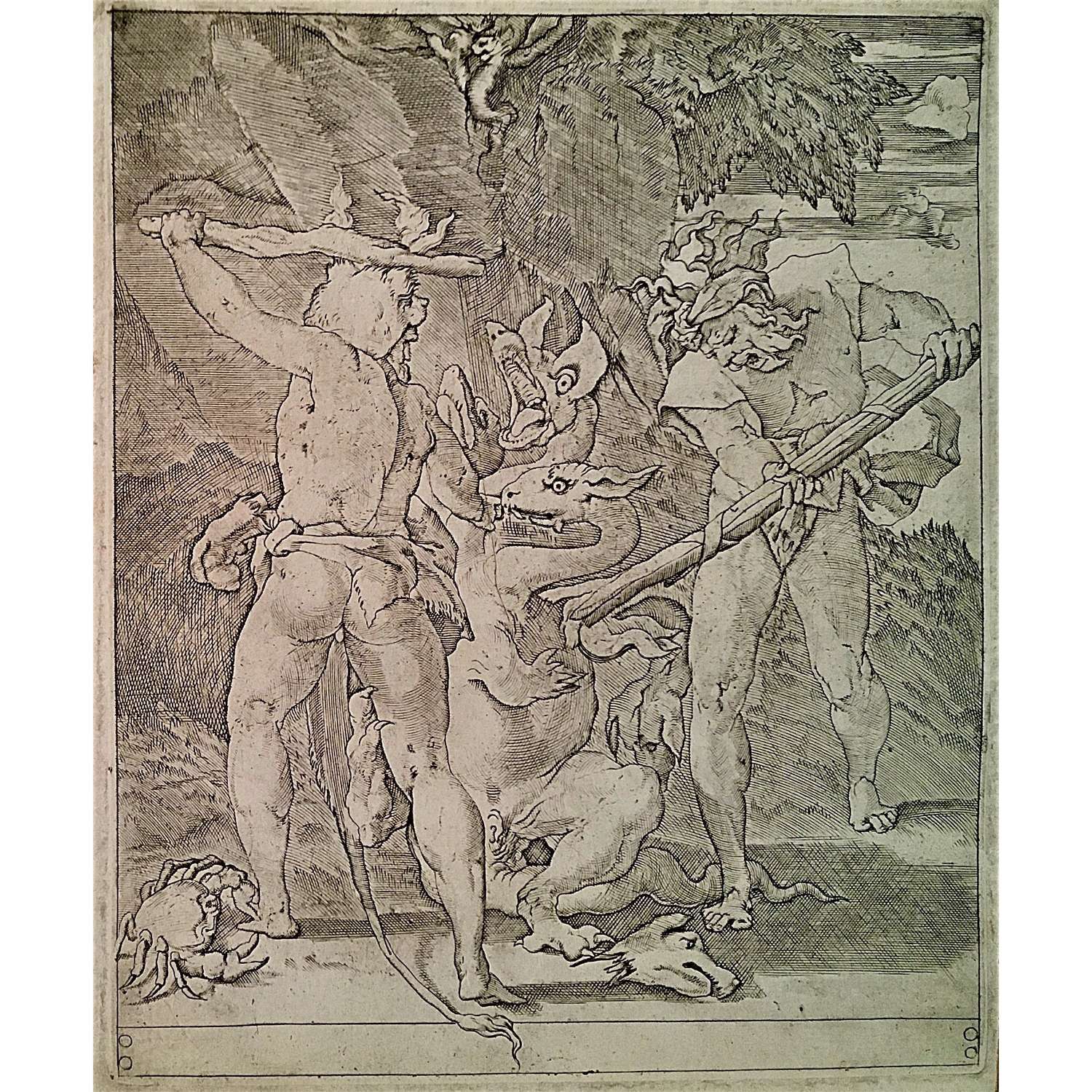 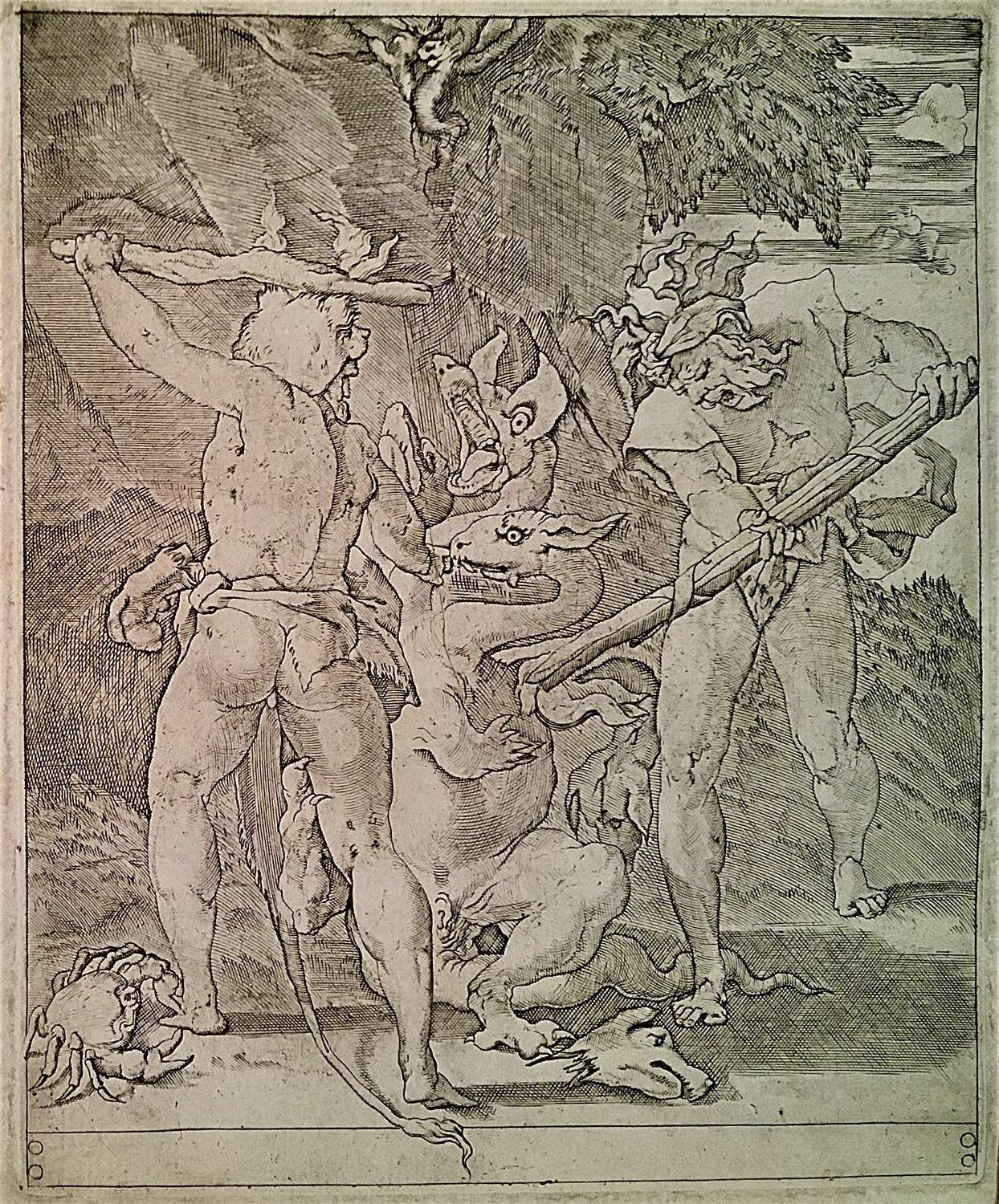