An unusual set of 19th Century hand-coloured prints from Alken's celebrated 'Quorn Hunt' series. The images here are "Plate II: Drawing Cover"; "Plate VI: Full-cry, Second horses"; "Plate VII: The Whissendine Appears in View" and "Plate VIII: The Death". The prints appear to be an unusual, slightly reduced-size format after the edition published by Ackermann's in 1835. The original edition was engraved in aquatint by Frederick Christian Lewis after a series of paintings by Alken but the title text and publication line on these prints here differ from the 1835 edition. No publisher is listed, nor any date of publication and the artists's line unusually  reads "Drawn & Etchd by H. Alken / From an Engraving by F.C. Lewis". It appears therefore that Alken has re-engraved his own images in reduced format but has decided to credit the original engraver for production of the initial prints, upon which his new works are now based. The larger 1835 plates measure 41 cm x 60.7 cm so these are approximately three-quarter  sized prints. 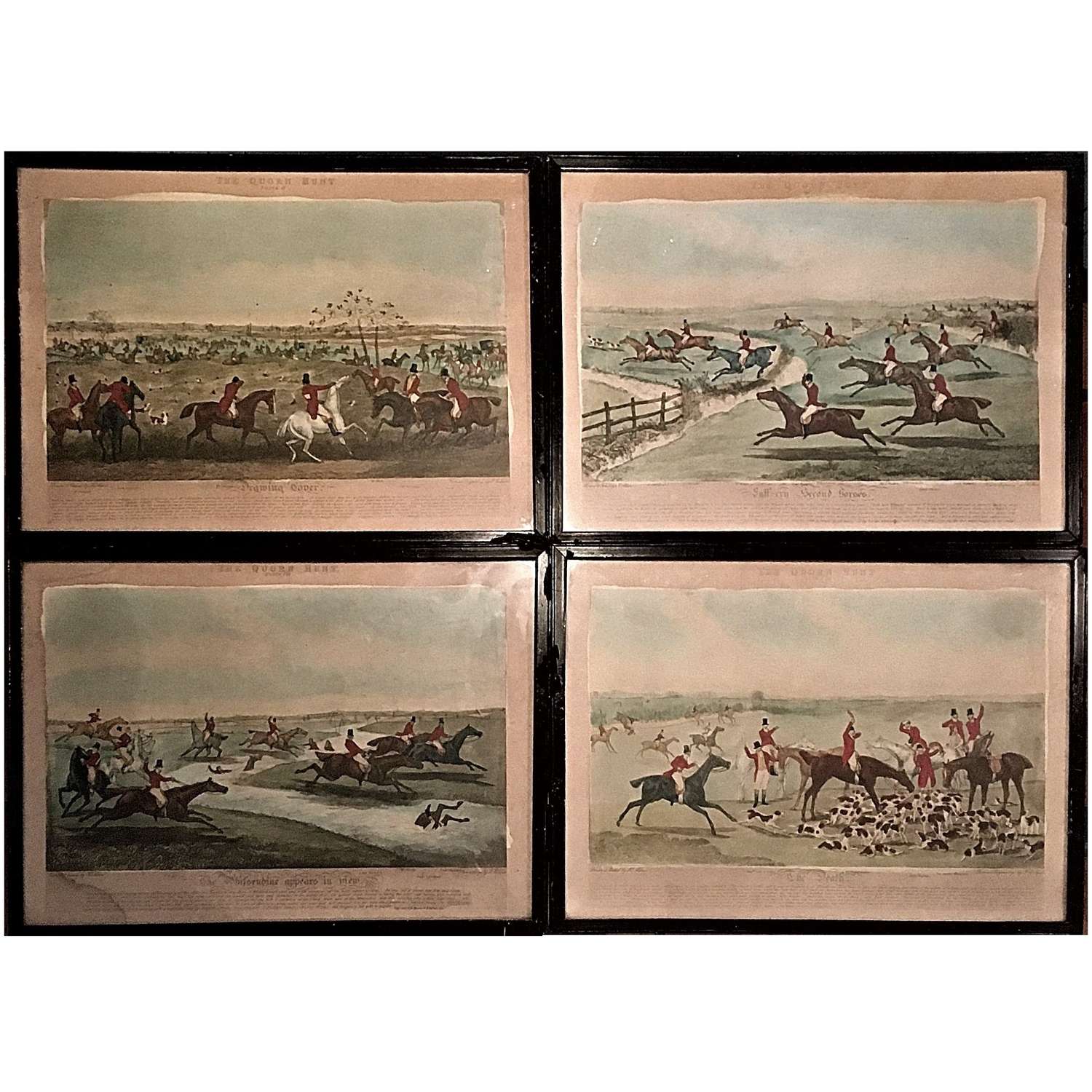 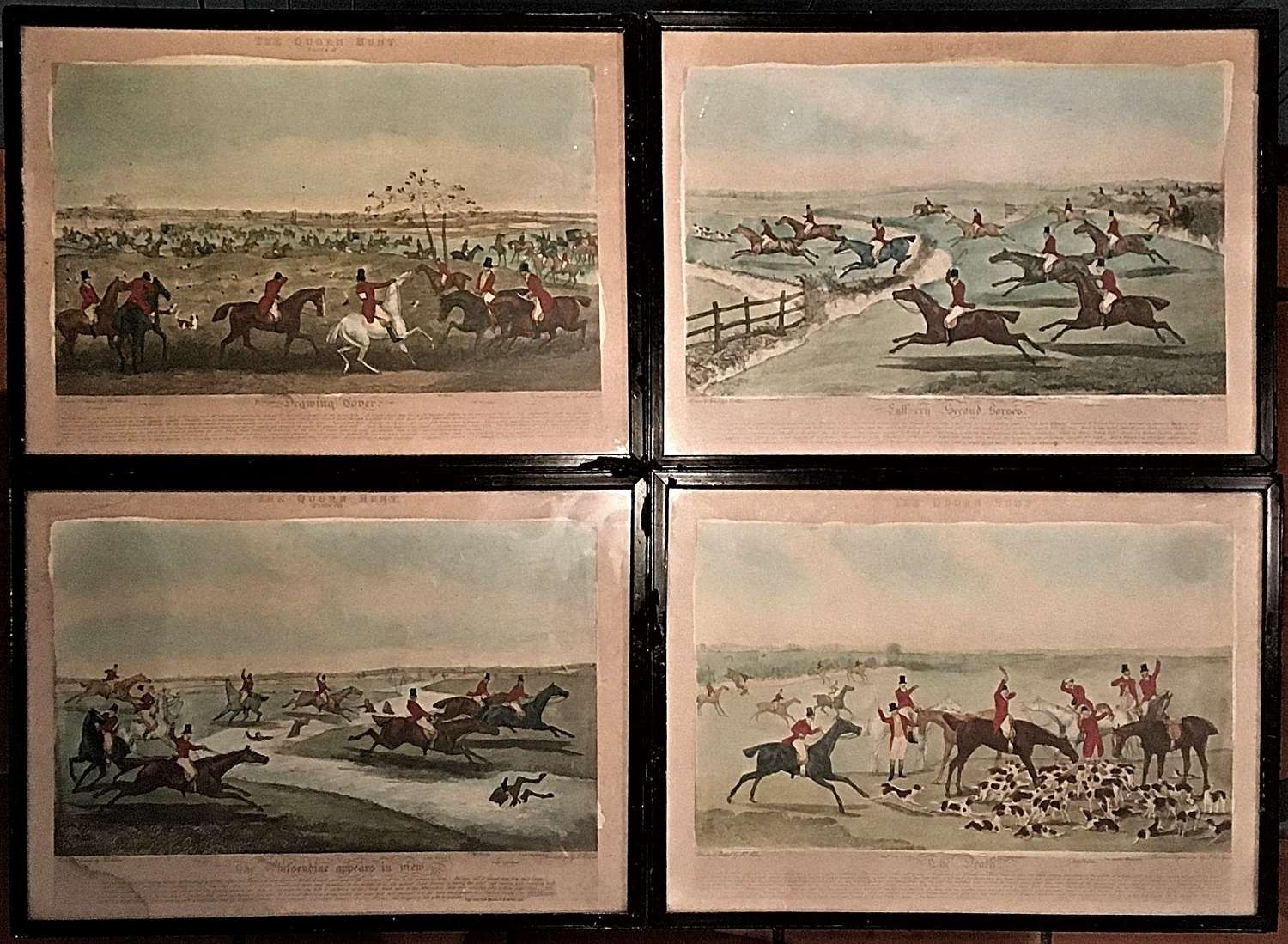