Lettered within the image "TAB. V." (upper left), "ad pag. 93" (upper right) and signed within the plate "MBurghers delin. et sculp." (lower left) with further text within a decorative cartouche beneath the arms and motto 'Honor Virtutis Praemium' of Baron Ferrers of Chartley, reading "To the right Hon.ble and truly Noble Lord ROBERT Lord FERRERS of CHARTLEY This 5. Table shewing ye. inner Prospect, of the goodly Manor place of CHARTLEY (as Leland calls it) in memory of his Lord.ps signall favors, is humbly dedicated by R.P.L.L.D."

A very fine 17th Century engraving depicting the inner courtyard and historic great hall of Chartley Manor, with an elaborate tiered fountain and figures in the foreground. This moated and fortified, timber-frame mansion house was home to the Devereux family, who had moved here from Chartley Castle during the 15th Century. Queen Elizabeth I was entertained here in 1575 and Mary Queen of Scots was held prisoner here between December 1585 and September 1586.  During Mary's time at Chartley the Babington Plot to free Mary and depose and assassinate Elizabeth I unfolded and Mary was finally taken from here to Fotheringhay Castle in Northamptonshire for her final trial and execution. The house eventually passed to Robert Shirley, 1st Earl Ferrers (1650–1717), to whom this plate is dedicated. The ancient Chartley Manor was destroyed by a fire in July 1781.

As published in Robert Plot's "Natural History of Staffordshire", 1686. Plot was a distinguished academic, naturalist and pioneering antiquarian who became the first Keeper of the Ashmolean Museum in 1683. The engraver Michael Burghers was born Amsterdam but left the Netherlands soon after the capture of Utrecht by the French in 1672. He worked as the assistant to David Loggan (1634–1692) in Oxford, making illustrations for the celebrated Oxford Almanac. He made all the images, bar one, for the first illustrated edition of John Milton's "Paradise Lost" (issued in London in 1688). In due course Burghers took over from Loggan as 'public sculptor' (engraver) to the University of Oxford.

The plate has its customary historic fold-line to the middle. Immaculately presented in a neutral, academic museum style frame with a plain white mount. 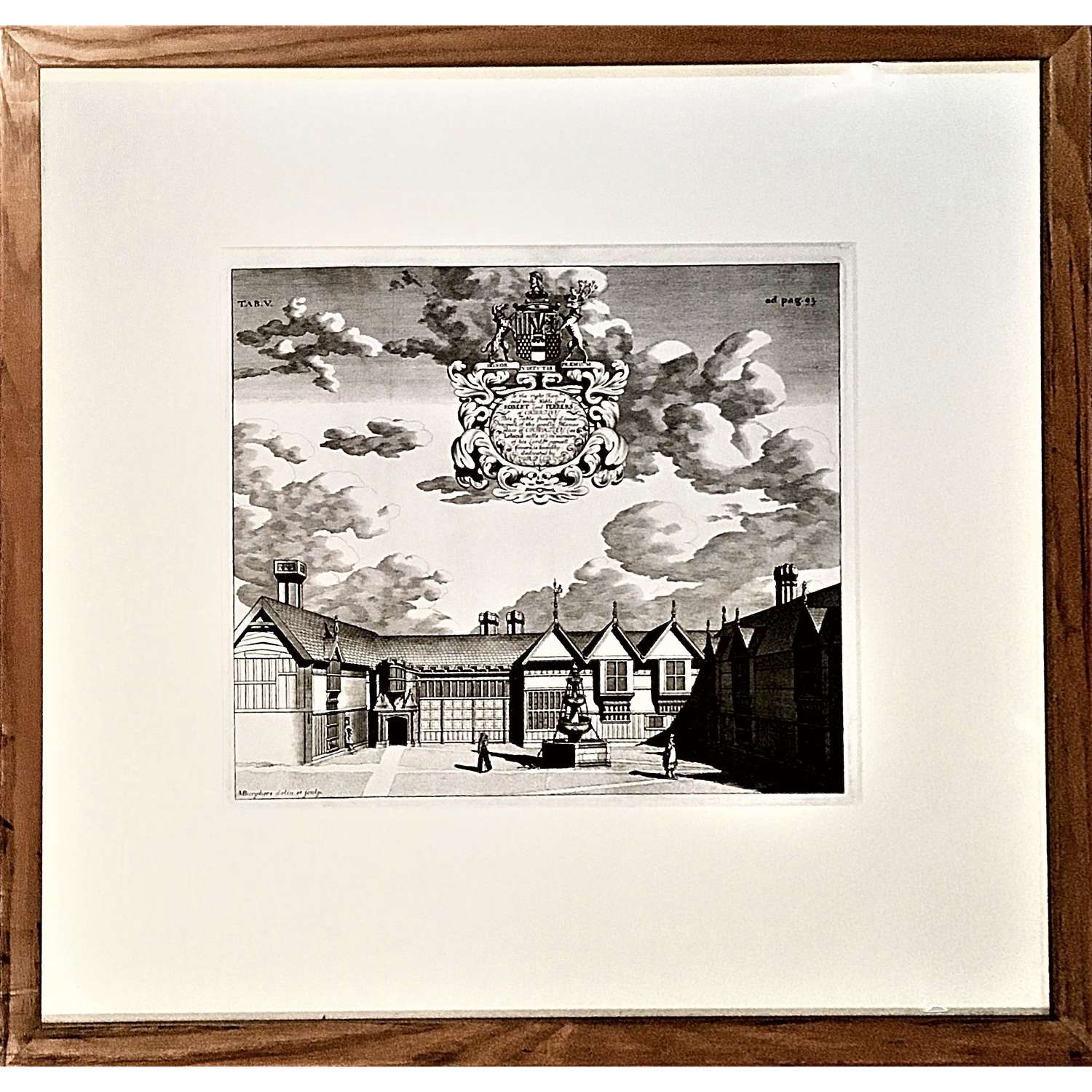