An Extremely Rare Lustreware Pottery Saucer
Commemorating the Recapture of the USS Eagle on 11 September 1814 During the Battle of Lake Champlain
Attributed to Herculaneum Pottery (Messrs Worthington, Humble & Holland),
Liverpool, England,
Circa 1814

Porcelain saucer, decorated with bands of pink lustre, a scene bat printed in black depicting a ship with American pennants and ensigns hoisted above the British ensign. A paddle steamer and a mountainous shore beyond. An eagle perched on a cliff in the foreground observes the action and holds a laurel branch with stars around. An anchor lies in the foreground below.

The Battle of Lake Champlain (also known as The Battle of Plattsburgh) took place between 6–11 September 1814, during the 'War of 1812'. The battle resulted in an American victory which saved New York from possible British Invasion via the Hudson River.

During the battle the USS Eagle, which had been captured by the British in the previous year and renamed HMS Finch, was recaptured by the Americans through the action of USS Ticonderoga (a refitted schooner, originally built as a merchant steamer). This is almost certainly the incident depicted, hence the prominent American Eagle surveying the scene from the rocky outcrop with the star spangled laurel wreath of victory in its claws. The ship depicted in the foreground is flying both British and American colours (the American over the British) - suggesting the reflagging of the vessel. The ship in the distance with the paddle being USS Ticonderoga.

The Herculaneum Pottery (in particular the Holland family, partners in that business) had various American interests. The factory designed various pieces which were clearly made to appeal primarily to the US market.

A cup and saucer in the same pattern is in the collection of the Royal Museum Greenwich (though the cataloging there is less explicit on the action commemorated) [see RMG Object ID: AAA5181]. 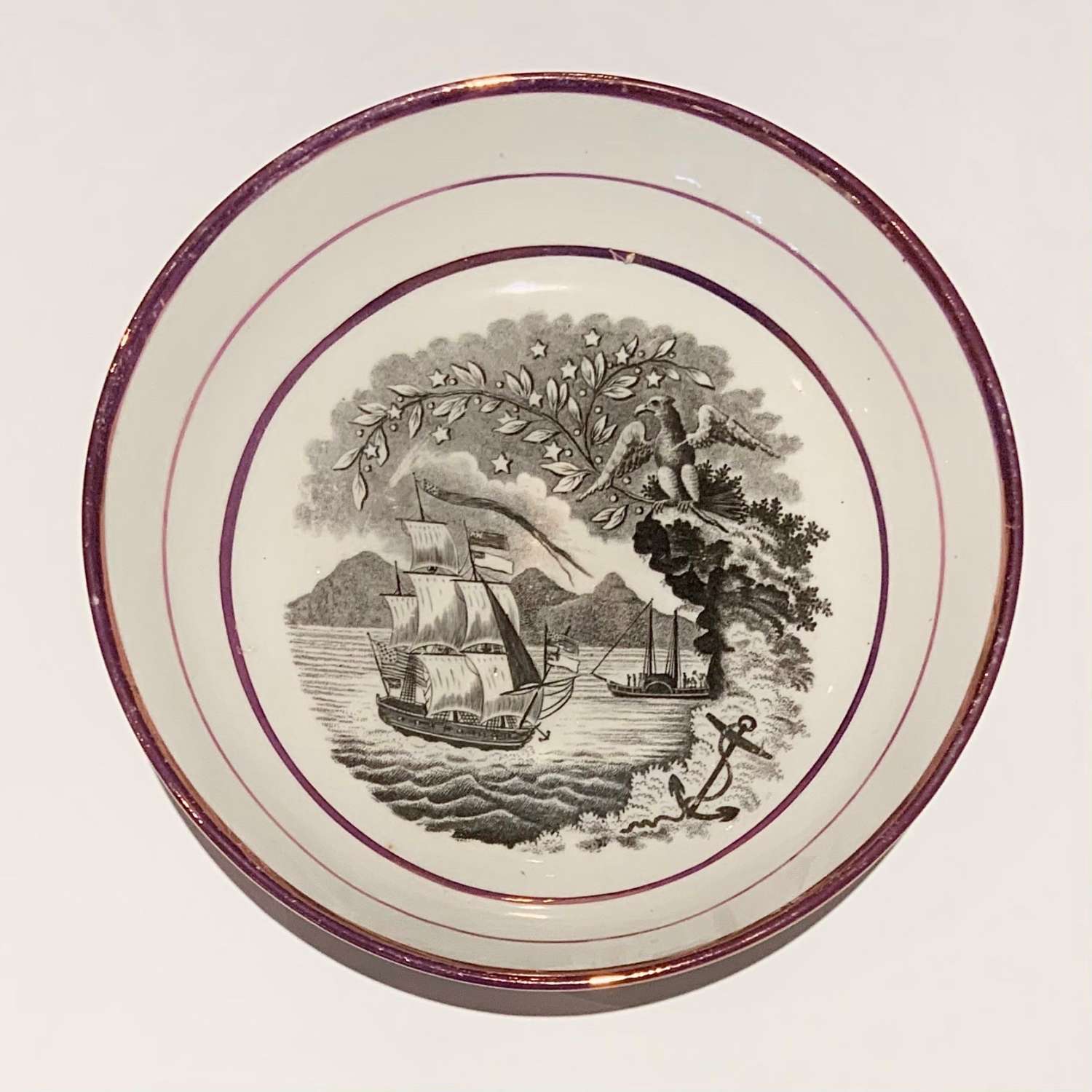 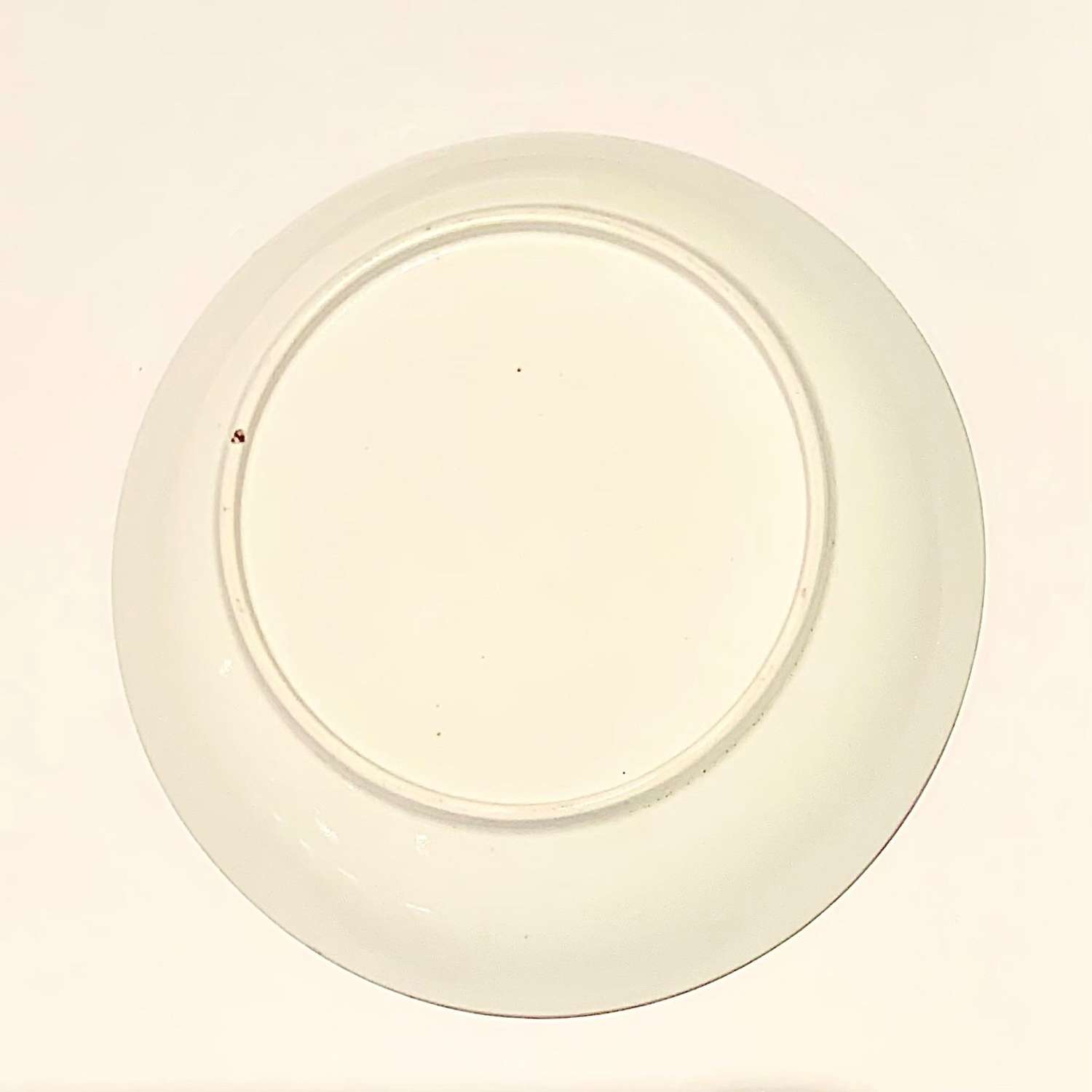