An attractively toned copy of this scarce and important piece of early cricketing memorabilia.

The publisher John Wallis of 13 Warwick Square specialised in issuing prints relating to travel, instructive toys and games, sports and pastimes. He had issued a broadsheet on the Laws of cricket "As Established at the Star and Garter in Pall-Mall by a Committee of Noblemen & Gentlemen" in 1785. This scarce and very attractive original print dating to 1809 was issued in the year in which the Laws of cricket were republished in their entirety by the MCC ("the Club at St Mary-le-bone") and reflect the revisions which had been made to the Laws over the intervening years. In the Laws, as published here, "Overs" are still of four balls and "Runs" are referred to as "Notches". 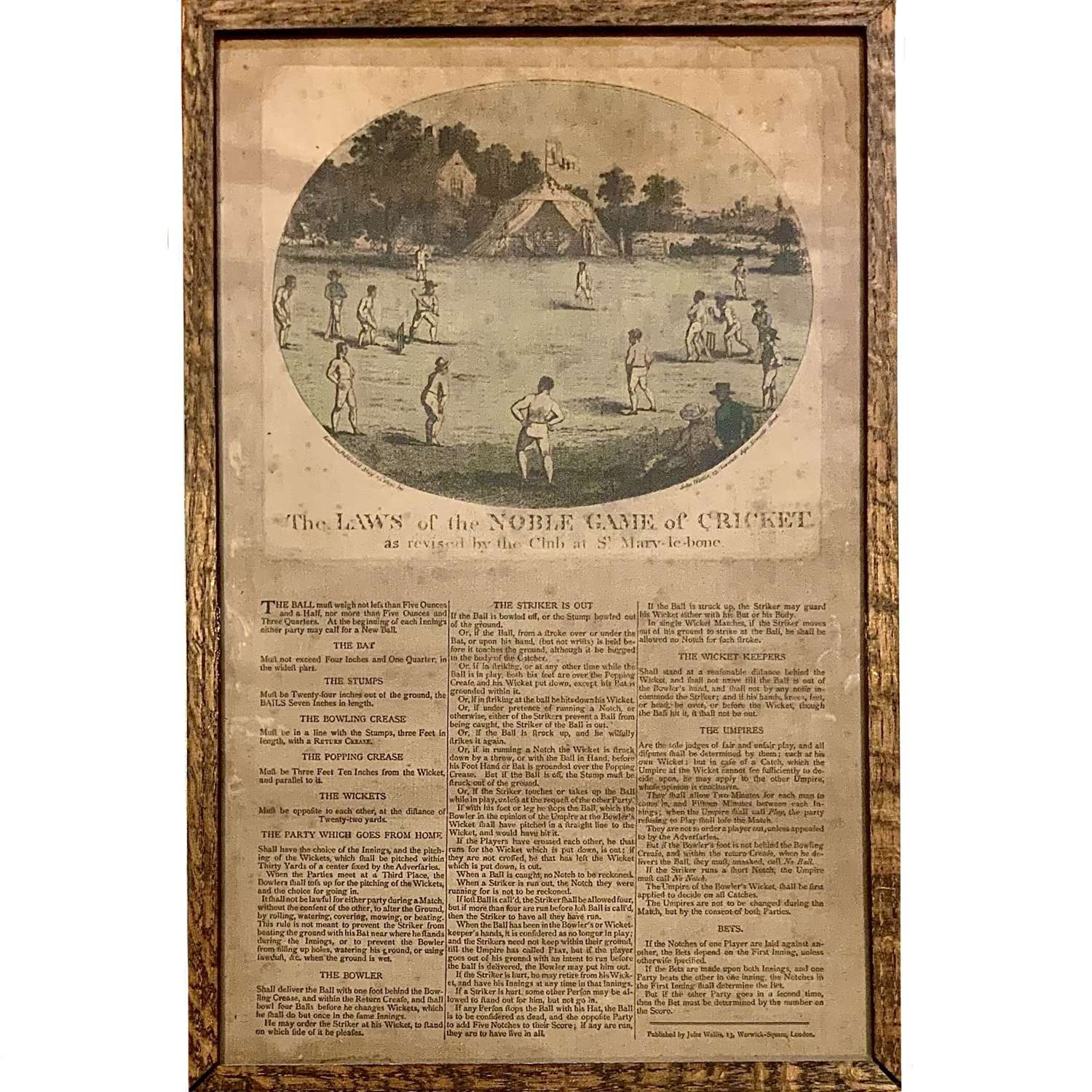 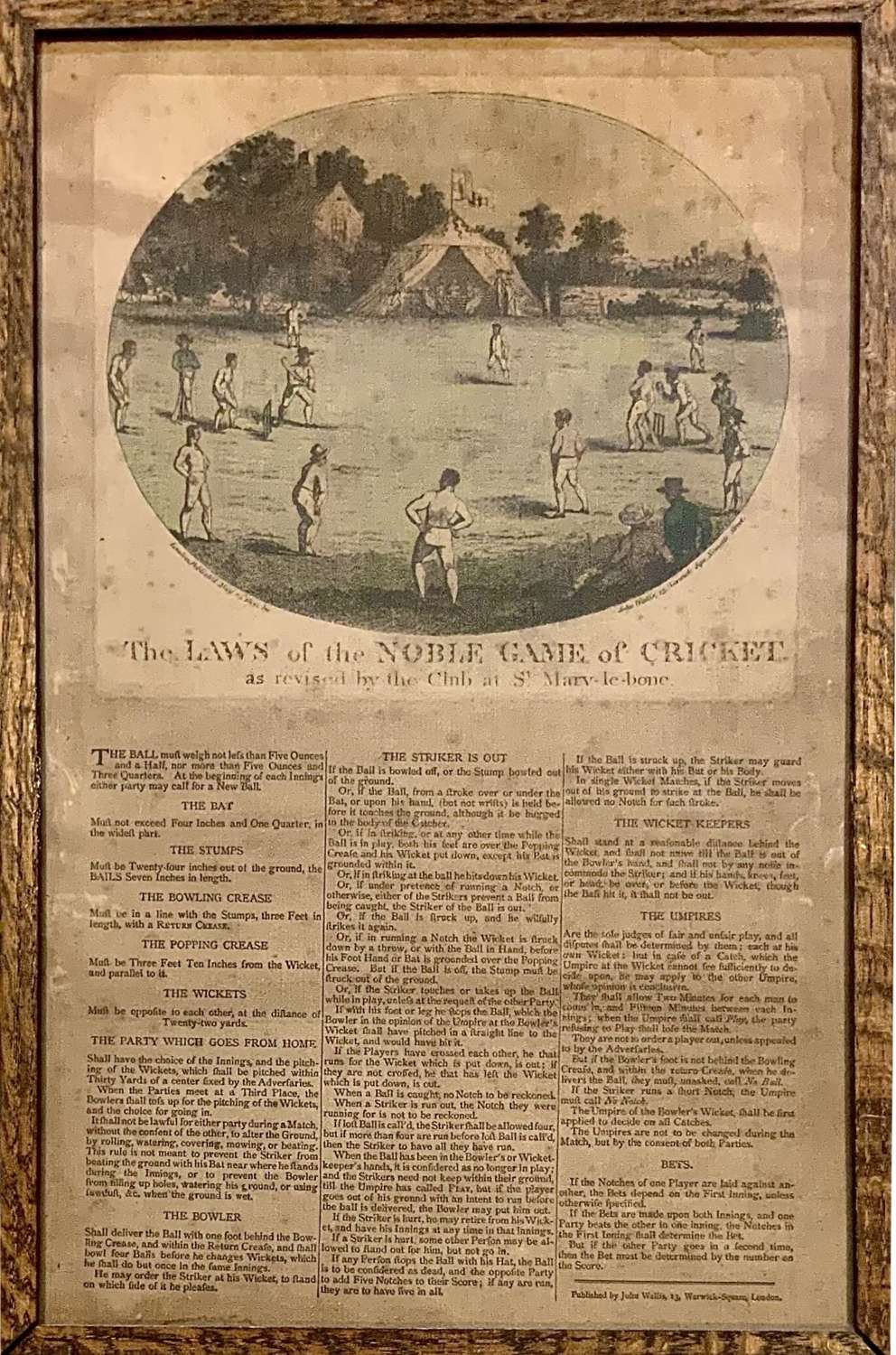