Cast iron with foundry mark "R WELCH / ENGLAND" (within the sockets). One retains original stickers to the base.

Robert Welch was one of the leading British designers of the twentieth century. He first produced these disk formed cast iron candlesticks (the design for which is now considered iconic) in the early 1960's. The range was originally called "Campden Designs" but is now known as "Hobart".

The pair here date from the early period of production. One retains its original silver paper label reading "Designed and produced by Robert Welch, Chipping Campden England" and the black and white kitemark label "As Selected For / Design Centre London".

In 1964 a pair of giant "Campden Designs" cast iron candlesticks were accepted to the Design Index and included in a Christmas themed room in the Design Centre, London. 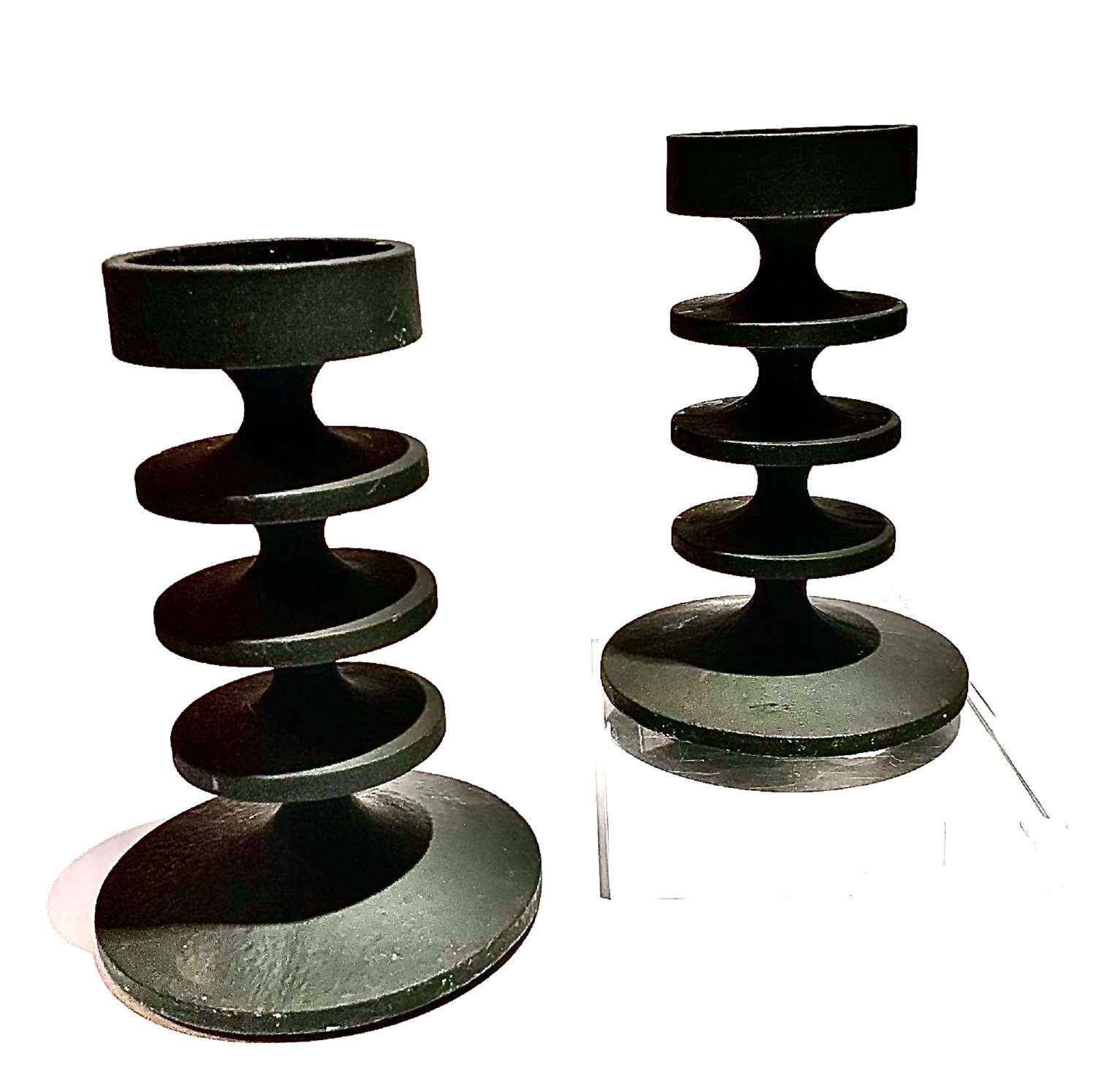 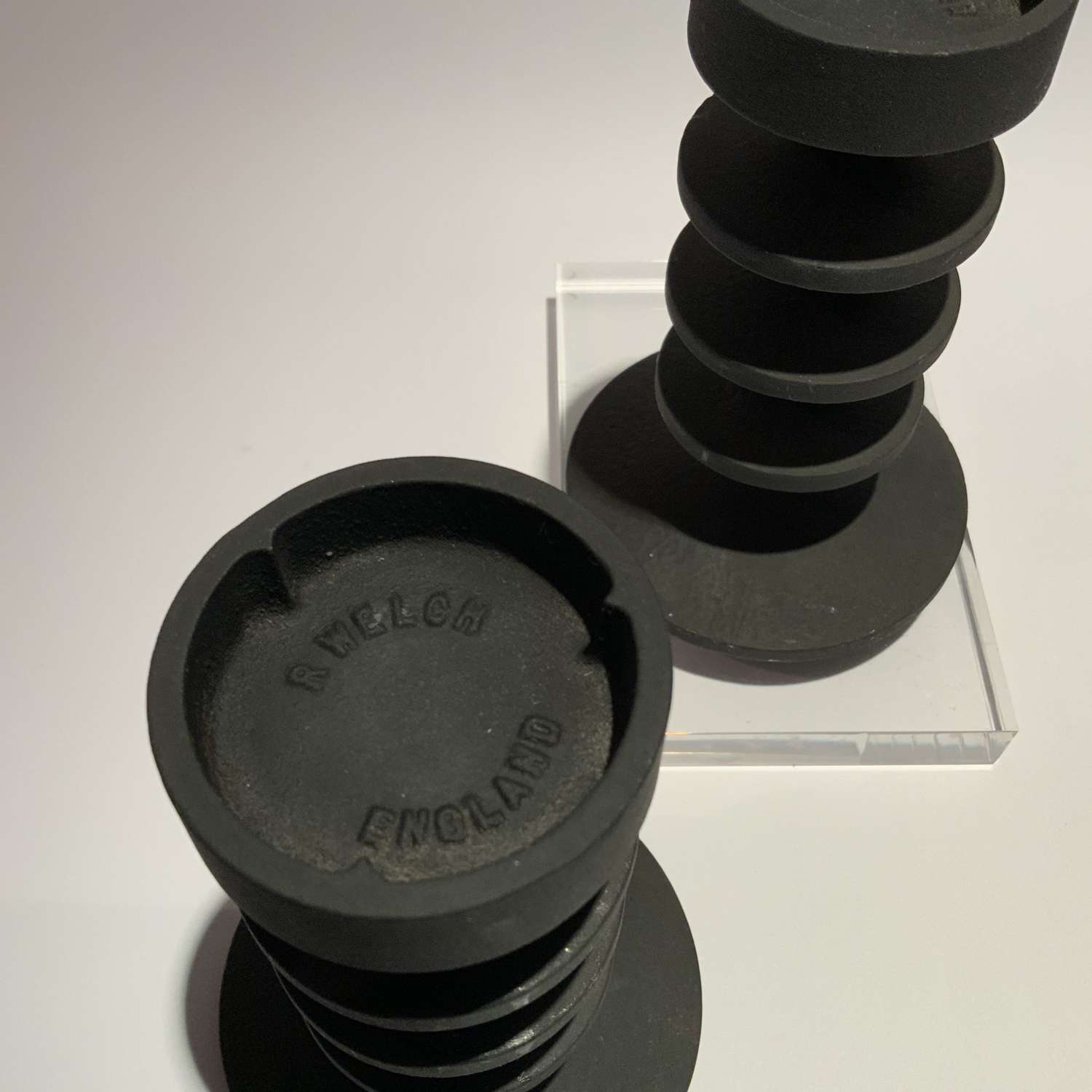 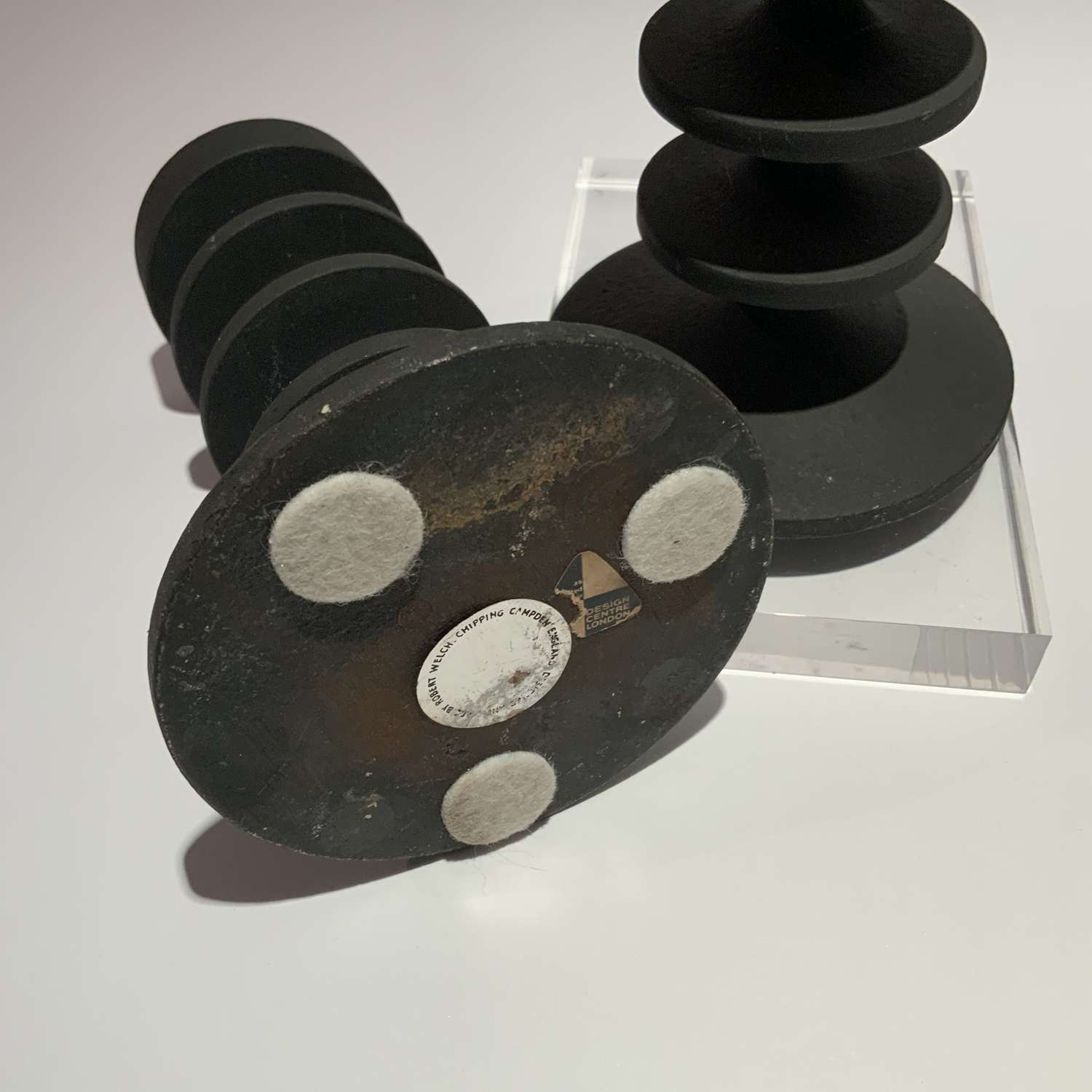 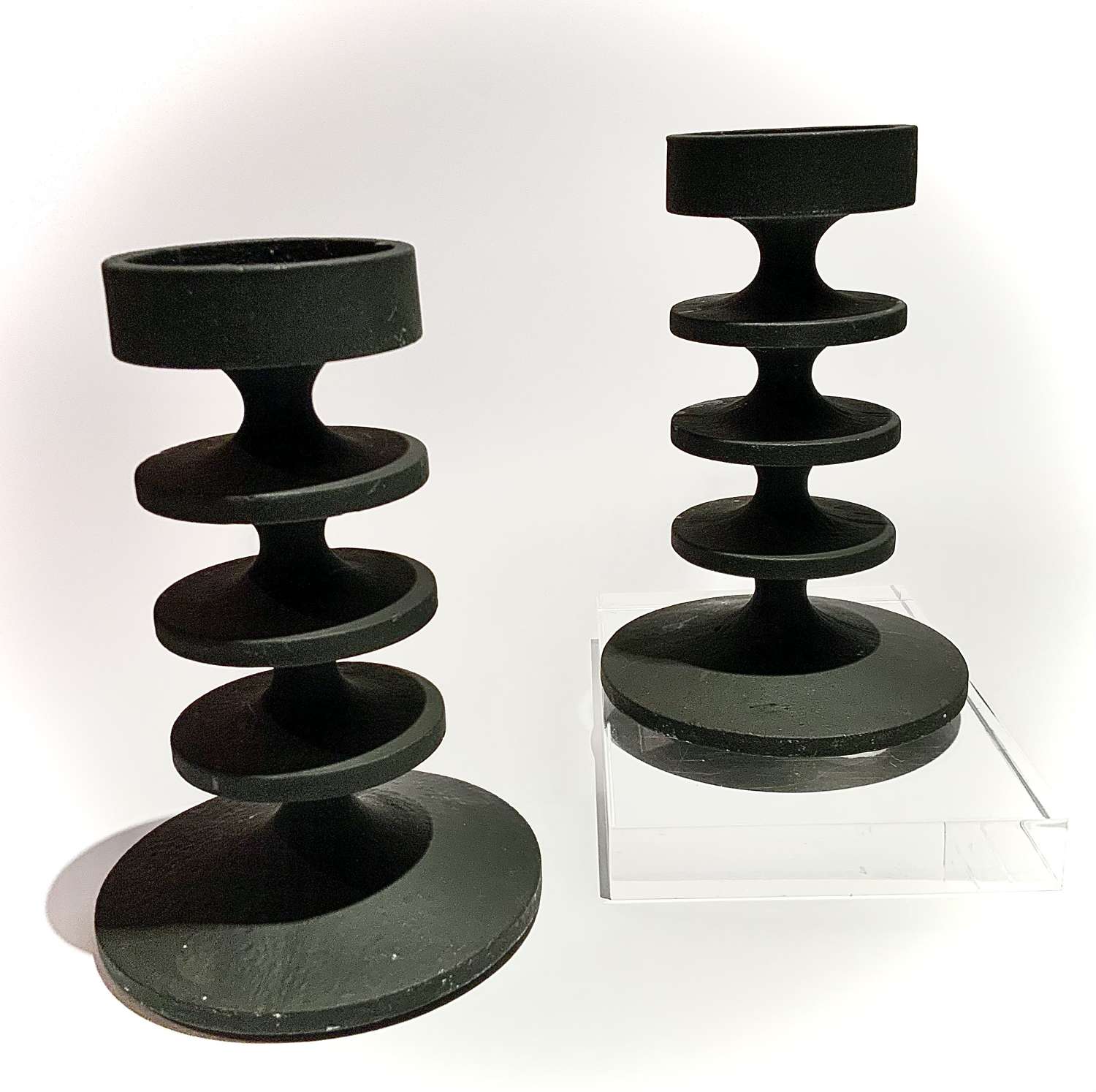