Exhibited:-
Schwab showed a pair of these plaques at the Paris Salon of 1910.

A pair of sculpted miniature portrait wall-plaques by the French medalist André-Pierre Schwab. The plaques with the profiles of an elderly man, facing to the right, and an elderly woman, facing to the left. The woman wears a specific type of Breton headdress, a close fitting coif or coiffe, folded up with trailing ribbons behind, in the shape once specifically associated with the commune of Fouesnant in the Finistère département of Brittany, north-western France. Lettered with the titles beneath and signed "Schwab", within the images. 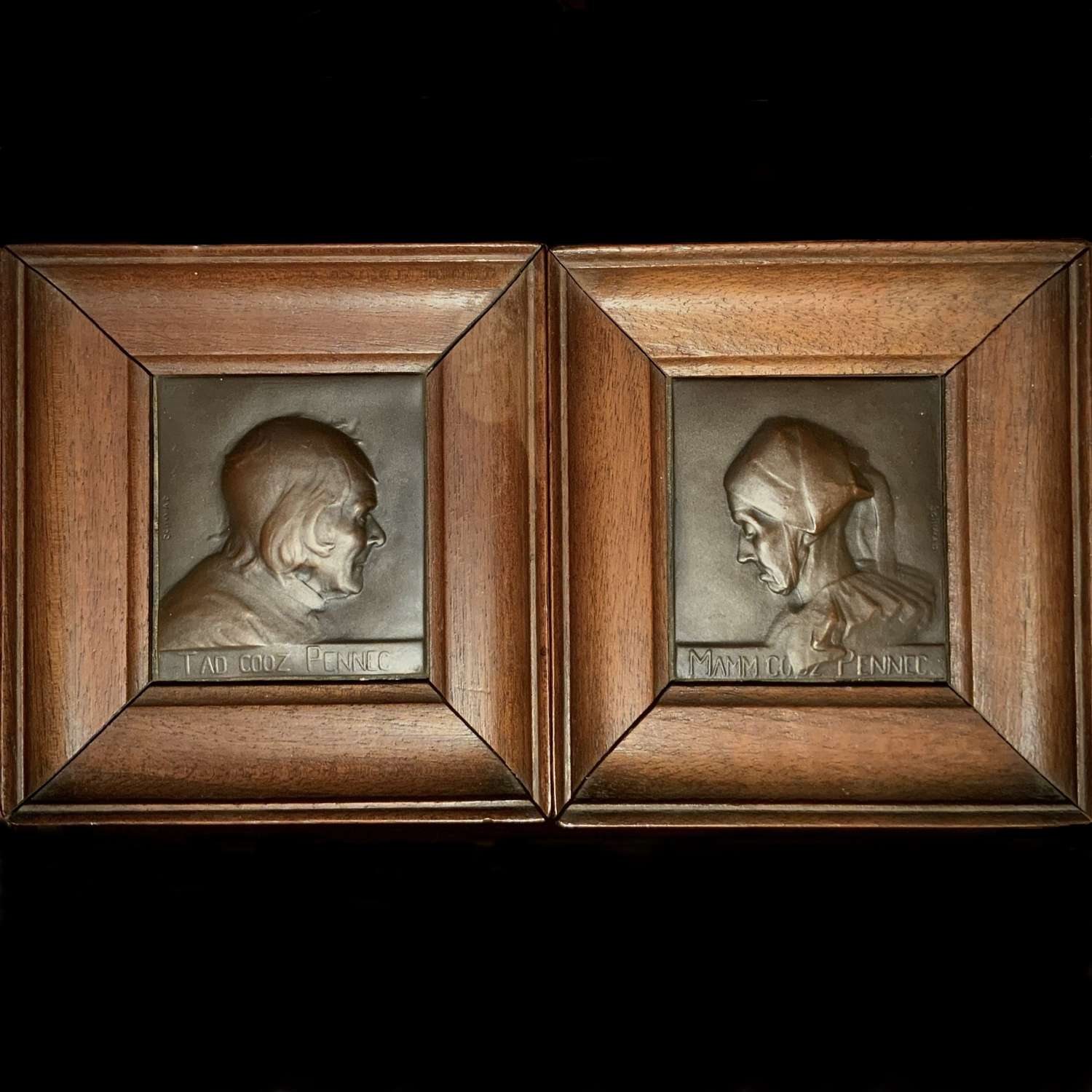 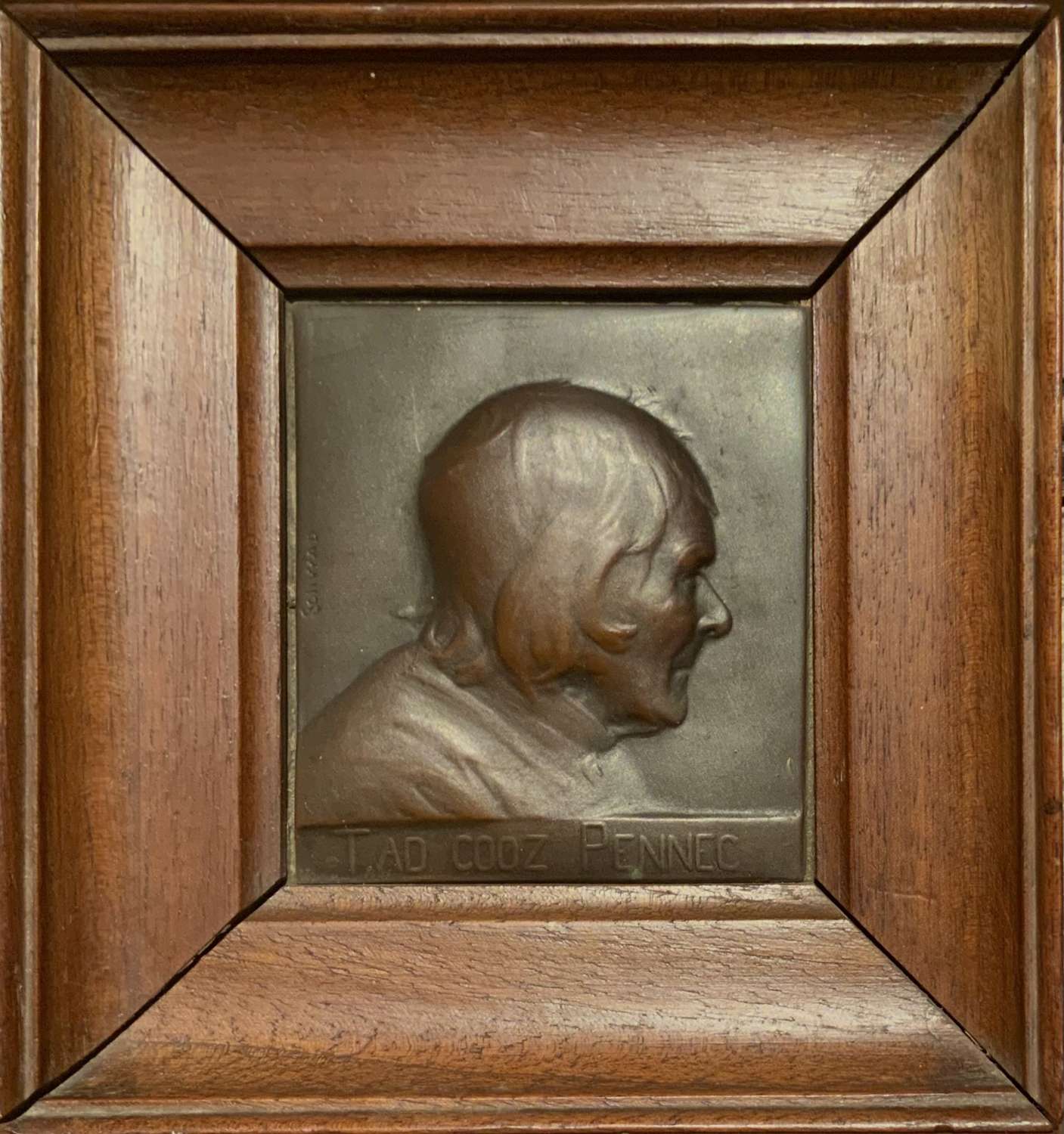 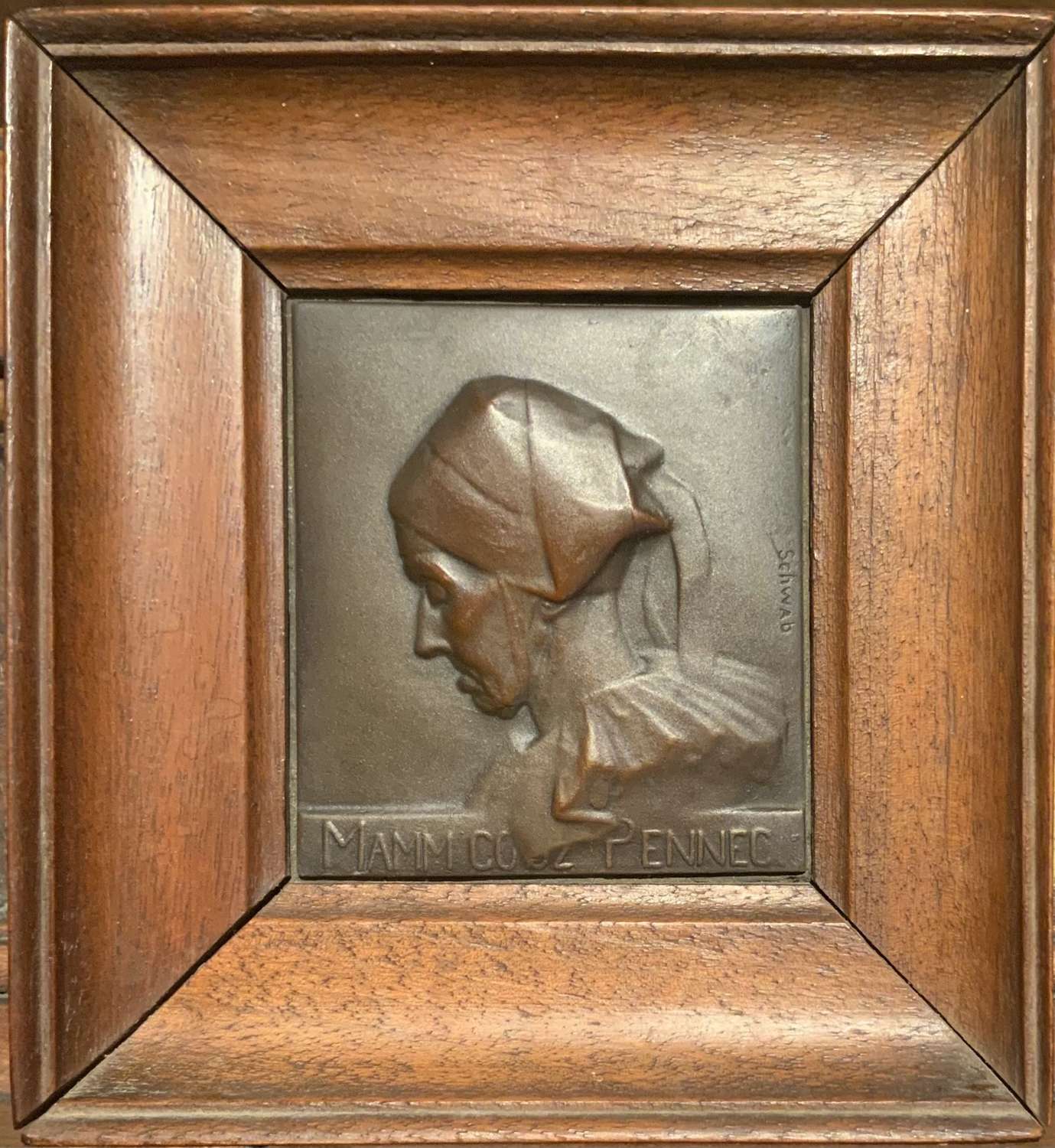