This type of machine-woven tapestry picture is named after Du Jinsheng (1897-1943), the inventor of the process by which they were made. Du Jinsheng founded his eponymous Du Jinsheng Silk Weaving Factory at Hangzhou in 1922. His innovative silk pictures, which are similar in technique to Stevengraph silk-work pictures, created an almost photographic likeness of their depicted subjects; they won a Gold Medal at the World’s Fair in Philadelphia in 1926. Similar silk pictures, using the same process, were also made by the Kuo Hwa Artistic Silk Weaving Factory.

A new museum has recently been founded in Hangzhou City, China to showcase these items and an exhibition has just taken place to celebrate the Centenary of the invention of the ingenious silk weaving process and founding of Du Jinsheng's factory. 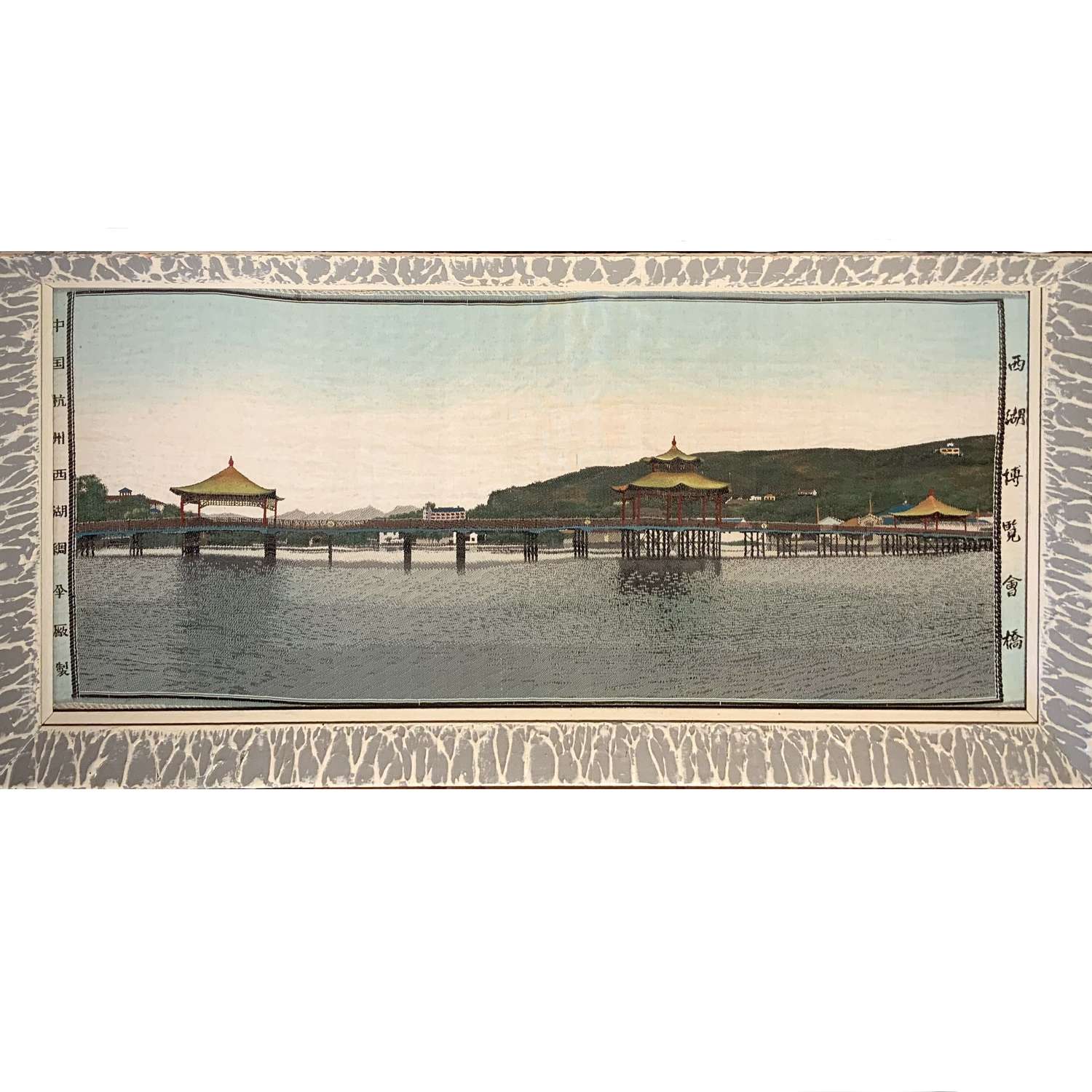